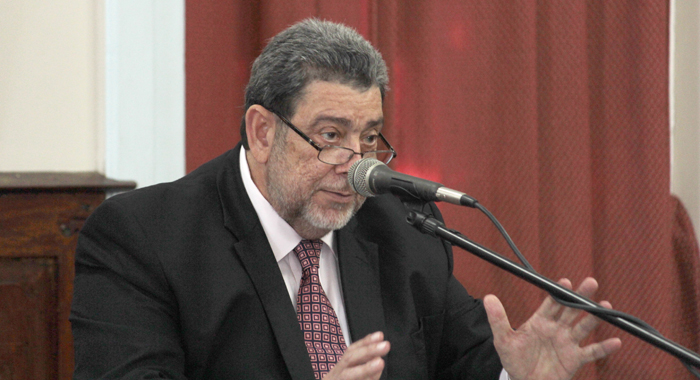 The economy of St. Vincent and the Grenadines improved during the first third of 2014, compared to the same period of 2013, Prime Minister and Minister of Finance, Dr. Ralph Gonsalves told Parliament on Thursday.

“The fiscal outturn on the numbers presented are better than last year but I want to give a few details which would show positive signs and for us to issue a caution that we are not yet out of the woods,” he said in response to a question from Opposition Leader Arnhim Eustace.

Gonsalves said there was substantial improvement in stamp duties and in alien land holding licenses, accounting for the month of April being “a pretty good month”.

He said, however, that May is not such a good month for revenue, adding that some months are better than others.

Gonsalves further noted that his government had promised to provide to the Carnival Development Corporation the increase in excise duties on certain alcoholic beverages.

However, excise duties are actually down in the first third of the year, he told lawmakers.

Gonsalves said that while consumption of alcoholic beverages has not decreased, there is an effective contraband system that has to be addressed for improved collection of excise duties.

6 replies on “St. Vincent economy improves during first third of 2014”