Time for Venold Coombs to go as football president 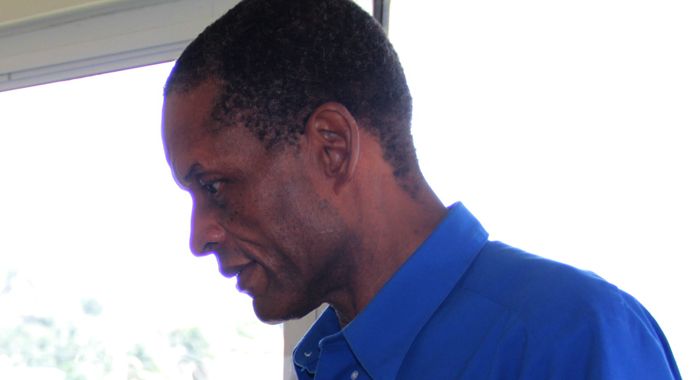 Old people say give a dog a long rope to hang himself, but President of the St. Vincent and the Grenadines Football Federation Venold Coomb’s rope must come to an end at once!  The affiliates of the Football Federation at their last general meeting failed to set the organisation on a sound footing when it allowed Coombs’ mismanagement to continue. Now that there are reports that FIFA will sanction the local body, the proverbial football is now back in the affiliates’ half of the field.

As FIFA has threatened hefty sanctions following a review of the 2013 audit report, one wonders what it will take to set that vital organisation right. In a letter addressed to the local General Secretary, FIFA’s Secretary General Jerome Valcke cited among the burning issues the following: Payments totalling US$78,000 which had no supporting documents, co-mingling of funds totalling US$65,572 and the failure to introduce employment contracts for the coaching and administrative staff.  The Secretary General laments, “The budget is not properly monitored and there are huge deviations between the approved budget and the disbursed amounts per category without FIFA approval.” The lack of financial support to women soccer also received FIFA’s ire.

Far too long sports, and in particular football, the game of the people, has been strung along with elitism and total disregard and chagrin.  Unlike any other sport, football in this country receives a ground swell of support nationally, sufficient financial assistance from the world governing body and opportunities for professional development. Yet, the country’s level of football has been bordering mediocre, as there are no interconnectedness between the various development assistance and programmes and an over-arching goal. In fact, ask yourselves, what public announcement has emanated from the top echelons in that body as to the future of football in St. Vincent and the Grenadines. What trophy are we seeking by 2020? What ranking have we set to achieve in the next five years?

Fingers will be pointing and accusations of one-manism still fester despite recent changes. If Coombs is not a team player then football should be not his game. If the President’s love for football is mismatched with cricket, then he should do us all a favour. Reports are that Mr. Coombs avoids the local HQ as much as possible; he remains passive about his staff not being paid on time, indifferent to vendors of the association, and careless in handling his duties and responsibilities.

It is time for the football President to go. Someone at that association must step up before its too late. If not, FIFA has warned, “The FIFA Finance Committee shall take appropriate action.”