Father and son missing at sea 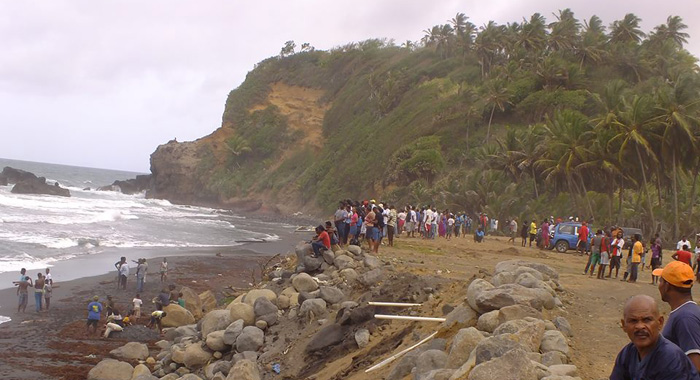 The Coastguard said Sunday it was continuing its search for a father and a son who have not been seen since encountering difficulties while swimming at San Souci beach.

Missing are Othneil Delplesche, a football coach whose age is given as 39, and his son “Eto” (age unknown), both of Greiggs.

Reports are that they were bathing at the San Souci beach when Delplesche’s son and two others got into difficulties in the water.

Delplesche and another young man from San Souci is said to have gone to their rescue.

They rescued two of the three youngsters but Delplesche and his son went under.

The coastguard was summoned and combed the water as relatives, residents of the area and other onlookers waited anxiously on land for word of the missing.

6 replies on “Father and son missing at sea”