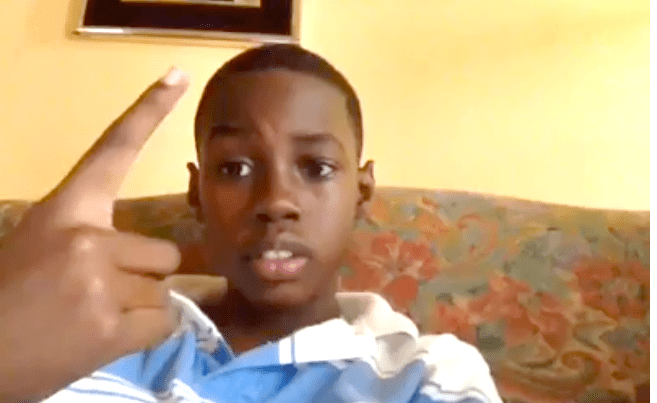 “I left to go pick up the results and afterwards school was dismissed. I think we couldn’t contain ourselves any further. I think every child from Grade K to Grade 6, they were all in the rain, celebrating. I think it is the first time we have come first, so I think it is time for some jubilation,’ principal Orde Ballantyne told I-Witness News on Friday.

Jones, who also placed first for boys locally, had an average of 95.40 per cent in the exam, that has replaced the Common Entrance Examination as a guide to which secondary school Vincentian 11-year-olds are to be assigned.

He also scored 100 per cent for maths, and feat also attained by Kahlil Ashton of the Lodge Village Government School.

In addition to Jones, a resident of Twenty Hill, another QGS student, Adiah Holder of Spring Village, placed 4th for girls and 9th overall, bring to two the number QGS in the top 10.

The first 11 places were taken by the following schools:

Second place nationally went to Elleann Bailey of Windsor Primary School, who had an average of 95.20 per cent.

There was a tie for third place, taken by D’Angelo Dick and Aaron Isaac-Horne. The two students, schoolmates at Union Methodist Primary School, both had an average of 93.60 per cent.

The overall pass rate was 78.08 per cent, but girls outperformed boys, with 87.50 per cent of girls passing, while 69.67 of boys met the required standard.

Thirty-nine schools recorded a pass rate in excess of 80 per cent.

Ballantyne told I-Witness News that while Jones has been an exemplary student at the school, teachers could not know for sure that he would be the nation’s top performer.

“Because you do no know the rest of the nation, you do not know the possibilities from other schools,” Ballantyne said.

“But Laron has been an outstanding performer at this school, in the top positions from Grade 1. He and one or two other have been shifting their positions there, but he has always been over 95 per cent.

“He has never dropped below 95 per cent. So if somebody had to beat him at CPEA, they would have had to have more than 95 per cent. So I was not surprised at his result,” the educator told I-Witness News.

“If you had followed Laron Jones’ story, he has been every successful at debating, public speaking, writing competitions. He has been a success story since Grade 3, I think,” Ballantyne said.

He told I-Witness News that QGS has been returning improved results over the past few years, with 10 persons going to Grammar School and Girls High School –the nation’s top secondary schools for boys and girls, respectively — last year, and seven in 2012.

He further lauded the work of his staff in preparing the students for the examination.

“Our motto indicates to us that steady work brings success and I think we have been steady. Even before my time, we have had a very complementary staff, a staff that decided that they are going to work steadfastly so I think it finally paid off,” he said.