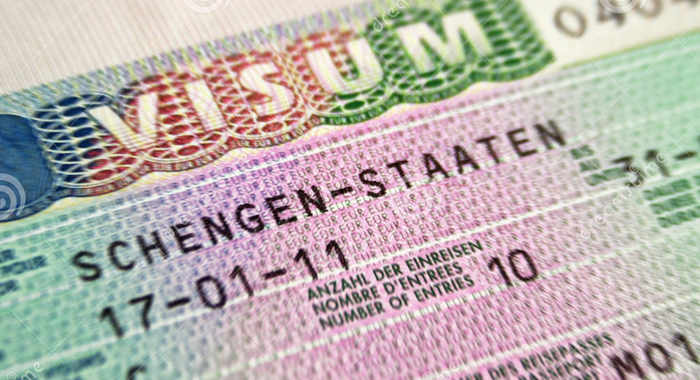 Vincentians can expect to travel visa-free to the 26 European countries that make up the Schengen area by early 2015.

St. Vincent and the Grenadines is among countries approved at the level of European Parliament, to have Schengen visa waiver.

“We expect Vincentians to be able to travel visa-free to the Schengen zone by the end of the first quarter next year, or the beginning of the second quarter,” Minister of Foreign Affairs, Sen. Camillo Gonsalves told I-Witness News.

He said that with the waiver approved at the level of the European Parliament, “They have to take various bureaucratic steps to authorize their foreign affairs people to negotiate with St. Vincent and the Grenadines and the other approved countries in terms of a reciprocal visa waiver.”

He said the process took longer than SVG anticipated. Originally, a number of island states were being considered for visa-free waiver.

“But various special interest within the European government starting adding additional countries,” Gonsalves said, adding that Colombia was among the countries added.

He said that on the European end, the visa-waiver considerations then go to a council that commences the negotiation of reciprocal visa waiver.

“Until they get that on the European side, we can’t sign off on a visa-free waiver,” Gonsalves said.

The foreign secretary noted that there are other countries in the Caribbean that already have Schengen waiver.

He said the Organization of Eastern Caribbean States representation in Brussels says that everything should be completed “in terms of they approving, us negotiating and signing the arrangement” by early next year.

“In my conversation with European ambassadors that have come to St. Vincent and the Grenadines, some of them seem slightly more optimistic that it would take less time,” he said.

He, however, added that recent elections in Europe have seen parties that are “hostile to immigrants” winning larger representation in the European Parliament.”

“The proviso is that although it is out of the parliamentary phase, whether or not they may be able to do things to further slow down the process. So, that is something that we are watching,” Gonsalves said.