‘Land Belongs to the Future, Let’s Climate Proof It’ 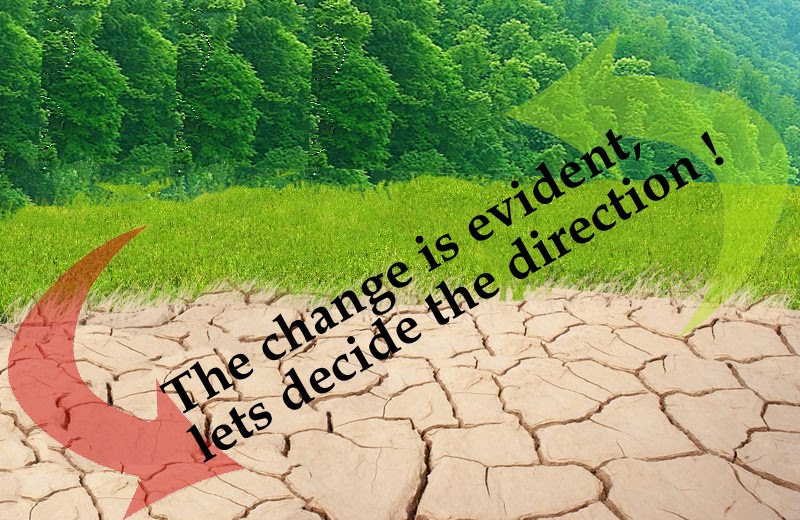 On June 17th 2014, many nations around the world in one way or the other commemorated the World Day to Combat Desertification and Drought (WDCD). In St. Vincent and the Grenadines, press releases were disseminated, and on Sunday, 15th June, 2014, a radio programme was held on NBC Radio 705 with a link up with Star FM.  The theme was Ecosystem Base Adaptation.

Desertification, which is defined as the final stages of land degradation, is a gradual process of soil productivity loss and the thinning out of the vegetative cover. Although desertification is not a prevalent phenomenon in our parts, it has been a major global concern for decades, especially in Africa. However, it is important to note that it is often brought on by, among other things, the loss of vegetative cover due to human activities and climatic variations such as prolonged droughts and floods.

Food production and security hinges on the sustainable use of valuable topsoil, which may take centuries to form, but can be degraded over a few seasons. It is not inconceivable that we are at risk of land degradation and desertification over time. While natural phenomena cannot be totally prevented, we can manage the human activities which are deleterious to our soils. Haiti exemplifies what can take place in our region if due care and attention is not paid to sustainable land management. It, therefore, calls for action by all.

In 1992, at the Rio Summit in Rio de Janeiro, desertification,  climate change and the loss of biodiversity were identified as the major challenges to sustainable development. Subsequently, in 1994, the United Nations Convention to Combat Desertification and Drought (UNCCD) was established. This convention sought to foster global partnerships in order to reverse and prevent desertification and to mitigate the effects of drought in affected areas in order to support poverty reduction and environmental sustainability.

In 1995, the United Nations designated 17th June as the World Day to Combat Desertification (WDCD). The main purpose of this day is to raise awareness about the threats and consequences of desertification and drought and viable mitigation measures.

This year’s theme for WDCD is ecosystem-based adaptation, with the slogan “Land Belongs to the Future, Let’s Climate Proof it”. This year’s WDCD seeks to highlight the benefits of mainstreaming sustainable land management policies and practices into our collective response to climate change.

The theme and slogan call attention to the need to adapt in an area of changing climate. St. Vincent and the Grenadines has been impacted by several unseasonal weather systems, such the 2011 April Floods and the 2013 Christmas Eve trough system which both led to severe soil loss and the current dry season in which the CWSA has activated the rationing of water strategy. These examples highlight the country’s’ vulnerability and, therefore, the need to adapt and/or mitigate the impacts which can occur. To do this using ecosystem based adaptation could include strategic management of forests, which limits the frequency and size of uncontrolled forest fires; restoration of coastal habitats such as mangroves, which can be an effective measure against storm-surges, saline intrusion and coastal erosion; utilizing diverse agriculture systems and effectively managing our protected areas to ensure that they continue to provide ecosystem services.

David Suzuki appear to understand the importance of a healthy environment for man’s survival when he said:

“If we pollute the air, water and soil that keep us alive and well, and destroy the biodiversity that allows natural systems to function, no amount of money will save us.”

With the aforementioned in mind, let’s make a concerted effort to preserve the land on which we live.