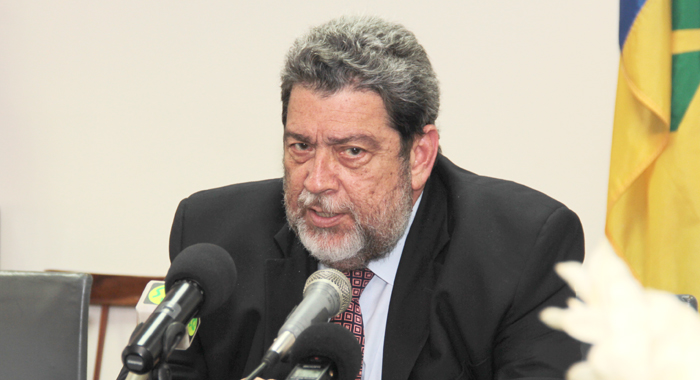 Prime Minister Ralph Gonsalves has held talks with President of Ecuador Rafael Vincente Correa Delgado and senior government officials with responsibility for construction, trade, and education in Quito as part of an official visit to that South American nation.

Elson Crick, communications consultant in the Office of the Prime Minister, said on Wednesday that among other things, the talks have finalised plans for engineers from Ecuador to construct four “two-lane” Bailey bridges, to replace the bridges in North Leeward, which were damaged during the 2013 Christmas Eve trough system.

The government of SVG has undertaken to provide training in the use of English language, for teachers from Ecuador, and work will commence to design a student exchange programme between both countries.

Gonsalves has been awarded the highest civilian honour of Ecuador, the National Order of Merit, for his outstanding work in building solidarity between Latin America and the Caribbean.

Gonsalves and his delegation were slated to tour the Galapagos Islands, including stops at the National Park and the Biological Marine Reserve on Wednesday.

The delegation is scheduled to return to St. Vincent on Sunday.

5 replies on “PM Gonsalves holds talks with president of Ecuador”