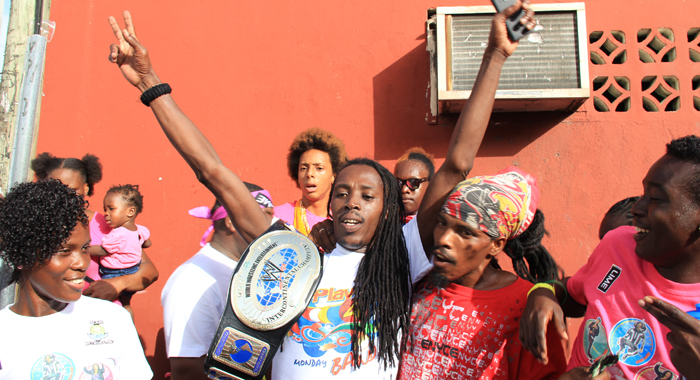 Delroy Fireman Hooper celebrates his soca monarch victories with fans in Kingstown on Monday. He has gone on to win the Road March title. (IWN photo)

Delroy “Fireman” Hooper has added a third crown to his collection for Vincy Mas 2014, winning the first and second positions in the Road March competition.

The artiste has created history for a second time for Vincy Mas 2014, having won the Ragga and Power Soca crown during the Soca Monarch competition on Saturday.