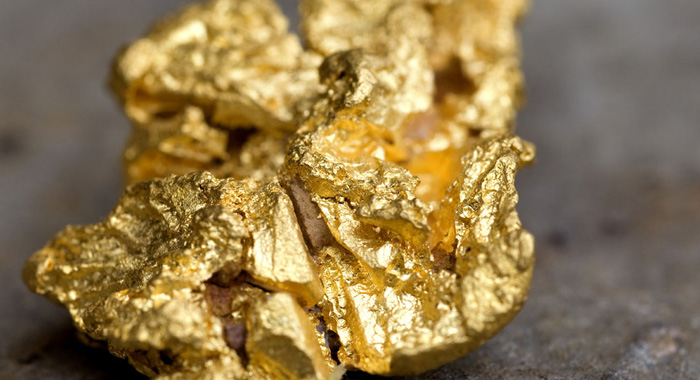 The detectives are charged with dishonestly assisted in the disposal of the stolen gold. (Internet photo)

Forty-five year old corporal Erickson Browne, a former detective now attached to the Public Relations Department of the police force, is charged with knowing or believing that 29 grammes of gold to be stolen goods, dishonestly assisted in the disposal, between Jan. 1, 2013 and Jan. 31, 2013. Former detective Raymond Stephenson, who has since left the Police Force, is charged with stealing 29 grammes of gold, valued at EC$1,500, the property of Teresa Simmons of Rockies, between Jan. 1, 2013 and Jan. 31, 2013. He was at the time of the alleged offence the exhibit keeper at the Criminal Investigations Department.

The gold was said to be part of a number of exhibits at the exhibit room belonging to Teresa Simmons, a gold trader. It was said to have been recovered by police after it was stolen in 2011. Corporal Browne allegedly made arrangement to sell the gold at the back of China Town in Kingstown last year.

Magistrate Browne-Matthias has reserved her decision.

In his submission, Daniel contended that the charges laid against his clients were flawed because they were inconsistent with what was advanced by the prosecution. He pointed to the charge sheet saying that the charges state that the 29 grammes of gold allegedly stolen was valued at EC$1,500 but the court heard that the price offered by Simmons was EC$25 per gramme which amounted to $725. He also contended that the gold allegedly stolen was not owned by Simmons because it was part of property reported stolen and a Venezuelan gold trader along with herself had put their signature to the list of solen items. He said it was the property of the police and therefore that was another flaw on the charge sheet. The defense counsel further stated that the alleged stolen items seem to be “phantom” because they were not exhibited in court.

In his response, State prosecutor Kareem Nelson said the items were identified by Simmons and she signed a list of items shown to her to indicate ownership. He said the Royal St Vincent and the Grenadines Police Force was only the custodian of the items and could not be the owner because there was no order from a court of law giving it title to the items.

In relation to the difference in figures for the 29 grammes of gold, Nelson said that because a person’s maths may be poor doesn’t mean they are lying.

He said a prima facie case had been made out by the prosecution.

Corporal Browne and Stephenson are scheduled to return to court on July 28.