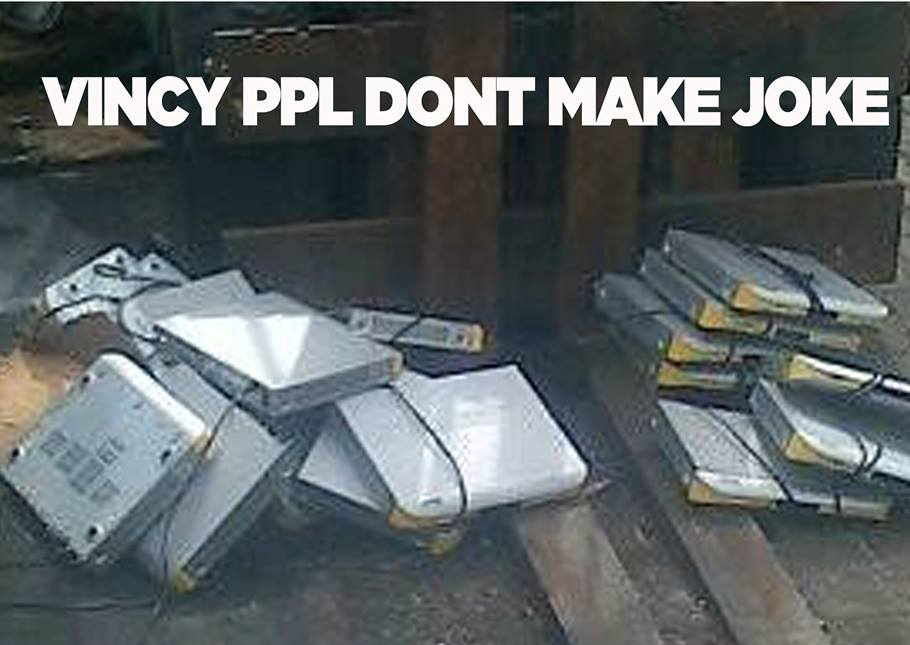 The government says it is aware of and managing the situation as customers complain about changes to cable television provider FLOW’s basic package.

Some FLOW customers returned their cable boxes on Friday while others took to social media on the weekend to voice their displeasure with the removal of some of the more popular channels from the line-up.

“It is something we are aware of; it is something we are monitoring. We believe that the consumers have a voice in this matter, the regulators have a voice, and the government hopes to create the conditions that would make it possible for additional competitions to come on the scene and that will also have an effect on the quality of the offerings available to the Vincentian public,” Minister of Telecommunication, Sen. Camillo Gonsalves told a press conference on Monday.

Gonsalves, who returned to St. Vincent Sunday night after an official visit to Ecuador, said he is aware that FLOW has made changes to its basic packages, but he is not sure about the specific changes, since they were made when he was overseas.

He said that before the changes were made, he spoke to the director of the National Telecommunication Regulatory Commission (NTRC) Apollo Knights.

The minister further said that he and other ministry officials spoke to representatives of of Columbus Communications, owners of FLOW.

Gonsalves said he made a number of points to the FLOW executives, noting to them that the provision of content, whether in television, Internet or news, always tracks in the direction of more content for less money.

He said he further told the company that Vincentian consumers will expect that packages available in St. Vincent and the Grenadines will be at the same level and price as those in neighbouring countries.

“It was my view at the time, and I expressed it to them (FLOW), that the trade-off in channels for dollars didn’t seem to be one that was of benefit to the customer,” Gonsalves said.

He said he further told the company that they should make their case to the public, who would pronounce on whether they thought the trade off was a valid one.

“I also told them that we had gone down this road before with other cable providers and that the Vincentian public is robust when it feels it has been slighted in term of the content it receives,” the minister further said.

The Minister said he told the Columbus Communications officials that the NTRC has some power in regulating some matters related to the provision of content and that one of the surest way to achieve the best balance of price and content is to introduce competition.

“The executives at FLOW took all these things on board, or I was led to believe they did,” he said.

Gonsalves said the executives indicated to him that some of the channels that were being offered, could no longer, for legal reasons, be offered, and should not have been offered.

They said that while it is possible for a small enterprise to offer a channel and not catch the attention of that channel, it is very difficult for a large multinational corporation to do the same thing, the minister told reporters.

The company was also was trying to standardise its package across the Eastern Caribbean, Barbados and Trinidad and Tobago, but offering to Trinidadian, some ethnic programming suitable for that market, Gonsalves said.

He further told the press conference that Spectra Inc. a cable television provider in St. Lucia has applied for a licence to operate in SVG.

“And hopefully the public will have an opportunity to make determination as of the value for dollar that Spectra offers versus FLOW,” Gonsalves said.

He further said the government has received an application for additional concessions from the providers of DirecTV.

“None of this is to say that their offerings will be better or worst than Columbus’, but just to say that we think competition in the private sector is healthy in this regard and we will like to give choices to the Vincentian consumer

“To the extent that government can facilitate those choices, we will do this,” Gonsalves said.

He further said that the government has discussed with FLOW the speed of Internet and the price in SVG.

He said his understanding is that consumers should receive faster Internet for the price point and may even have a reduction in their cable bill.

The minister said he plans to have a conversation with Flow about content, specifically as it compares to other countries in the region.

FLOW on Monday told I-Witness News that one of its corporate communications professionals will be available for an interview on Wednesday.