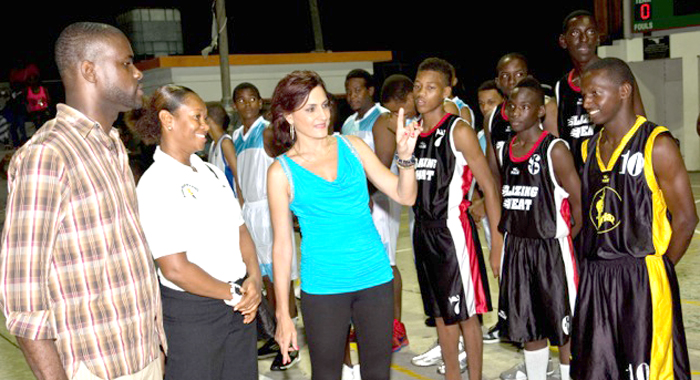 Fifteen teams in three divisions are registered to compete in the 16th Annual Competition, which runs until Aug. 31.

Representative from the SVG National Basketball Federation, Treasurer Rohan Providence, as well as Sports Officer Samantha Lynch from the Ministry of Sports joined Bequia Basketball President, Sabrina Mitchell in addressing the patrons at the opening ceremony. Providence commended the Bequia associaiton for hosting one of the best-run tournaments in St. Vincent and the Grenadines.

Lynch also offered her congratulations to the Beuqia association for the hard work of the executive committee and encouraged the players to show their respect for the hard work that goes in to such an event. Mitchell thanked the sponsors, Vita Malt and St. Vincent Brewery, Courts SVG Ltd., Frangipani Hotel and Vintages Bequia for their commitment to the development of aports in Bequia.

She gave special thanks to the Bequia community for their loyal support for the past 16 years. She wished all teams good luck.

Two games were played on opening night following the ceremony.