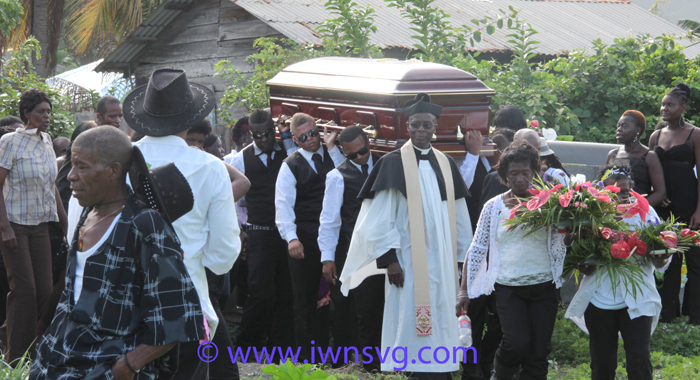 EG Lynch’s casket is carried shoulder-high to the cemetery on July 19, 2014. (IWN photo)

Elwardo Gideon “E.G.” Lynch, euologised by Bryan Alexander as “a hustler and a true innovator”, was buried at the Chili Cemetery in Georgetown on Saturday, July 19, 2014, after a funeral service at The Holy Trinity Anglican Church.

Lynch, best known as a host of the New Democratic Party’s New Times programme, died on July 9, 2014, after an extended period of illness.