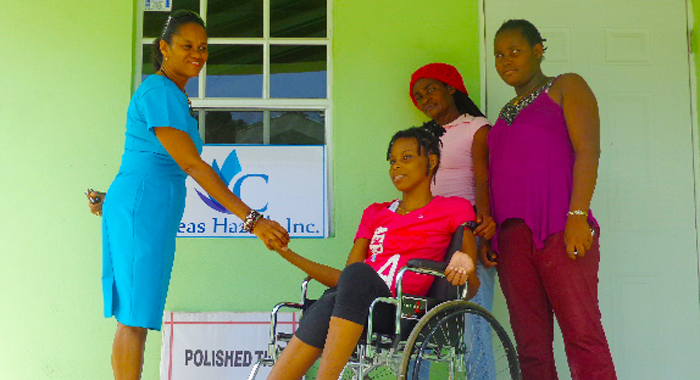 Sweet-I Robertson, the Fitz Hughes woman, who was paralysed after being shot in the neck in 2010, has received EC$5,000 worth of tiles from Coreas Hazells Inc. to assist with finishing the no-income house donated to her by the government last month.

A request was made to Coreas by Eloise Gonsalves, wife of Prime Minister Ralph Gonsalves, for the company to assist Robertson with the completion of her home.

On Monday, member of staff at Coreas travelled to Fitz Hughes to hand over approximately 700 square feet of tiles to Robertson.

She further added that the donation would not have been possible without the assistance of one of the company’s Supplier, IBI International AB, a privately-owned Company in Sweden.

Robertson thanked Coreas for the donation and invited the company’s representatives to return to her home for another visit.

Robertson was paralysed after being shot in the neck in 2010 during a feud among some young men in Petit Bordel.