A view of an Honourable Man 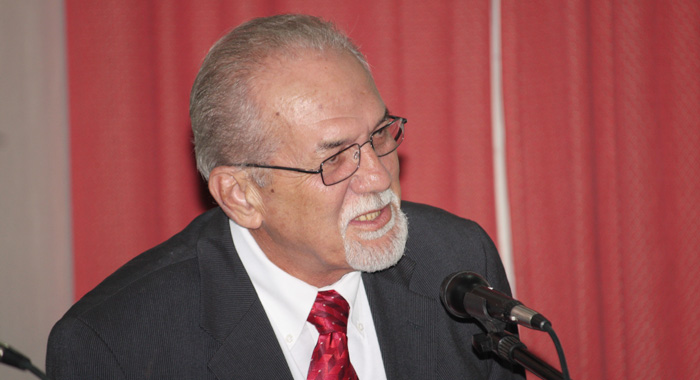 I had a chance to listen to the July 30 edition of “Voices” (on WE FM 99.9) but audio issues prevented me from hearing the whole programme. Among the bits and pieces I heard was part of a contribution by Minister [Julian] Francis and that part might well have been the most absurd slice of what he was offering. I gathered that Mr. Francis was offering Kenton Chance advice on how to properly show support for his friend and co-host, Senator [Jomo] Thomas. I could not easily believe the bombast and darkness of the Minister in a public presentation. It occurred to me very shortly thereafter that I ought not to have been surprised. Why not? Because it was Minister Francis who, on the morning after his defeat at the polls in 2005, made his way slowly through the constituency of East Kingstown, lambasting, by public address, those whom he said he “knew” did not vote for him. Further, he cautioned that lest his detractors were thinking that they had hurt him, they really had not because as long as Ralph Gonsalves remains Prime Minister, he, Julian Francis, will always be in Government. Well, that did it for me. One time, straight off. And, you can see for yourselves that the rest is history.

Where does this entitled Minister get the idea that he could openly ask a young man who has earned a career in journalism through application of his gifts and efforts to “prostitute” himself in such a way? I see a young man struggling with a start-up business alongside all of the normal realities that young professionals, who have no access to the fruits of nepotism and privilege, must confront. But no, the entitled Minister sees an opportunity to transform the young man into one of the several run-of-the-mill political mendicants. Just fancy that!

It is outrageous by any standard, in this age of rising consciousness, for any decent, intelligent person to try such a stroke on another intelligent person. But, that is probably where I have it wrong. Rather than a decent, intelligent “servant of the people” trying the stroke, we have here an illegitimate political impostor who has little or nothing remaining in his quiver of ethics to redeem him as an upright and respected public official.