Vincentian Sunil Ambris called up for Windies A Team 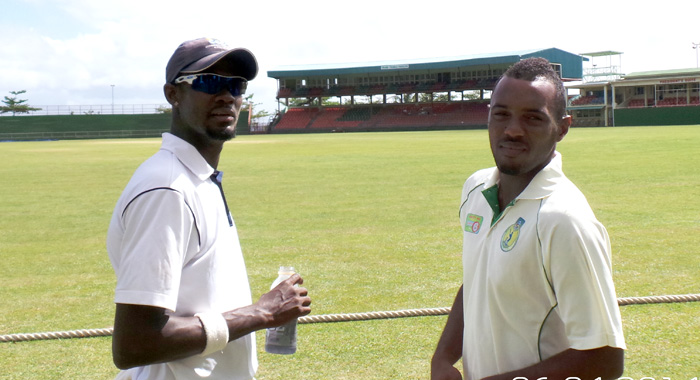 Vincentian batsman, Sunil Ambris has been called up by regional selectors as part of a 14-man A team squad to tour Sri Lanka starting next month.

The tour will run from Oct. 1 to Nov. 5 and will comprise of three “Test” and three limited-overs matches.

Barbados Carlos Braithwaite has been named captain of the team.

This is the first major outing for the 21-year-old Ambris who had an impressive regional debut season for the Windwards in 2014. He struck a century against Guyana in his first first-class innings and ended the season with a second century against Jamaica in the four-day final at Beausejour Ground in St. Lucia.

Mystifyingly ignored for the 2013 regional first class season by Windward Islands selectors even though they were forced to play musical chairs with many of their top batsmen, Ambris, when given the chance, impressed all who saw him play. He totalled 468 runs, which included two other half centuries.

He was selected for the St. Lucia Zouks in the 2014 edition of the Caribbean Premier League but saw limited action.

A diminutive right handed batsman, who also wicketkeeps, Ambris is a former West Indies Under-19 and U15 player and is the younger brother of Windward Islands and former CCC middle-order batsman, Romel Currency. He represented the UWI Vice-Chancellor Eleven against the touring Bangladeshis, scoring 34 and one.

The Guardian General Saints batsman is one of three Windward players named in the squad, with offspinner Shane Shillingford and hard-hitting wicketkeeper batsman Andre Fletcher.

Legspinner Davendra Bishoo, batsman, Assad Fudadin and pacers Sheldon Cottrel and Miguel Cummings as well as wicketkeeper Chadwick Walton, who have all represented the senior team at some time, make up the remainder of the squad.