Can man damage Earth beyond repair? 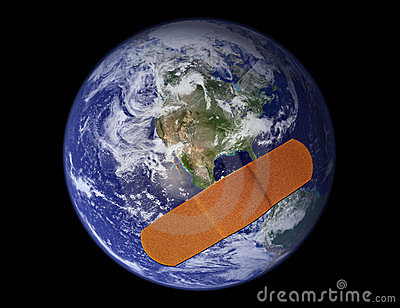 For thousands of years, generations have come and gone, yet, the earth remains.

Referencing the ancient Bible writer, the ephemeral prominence of man stood in sharp contrast with the permanence of planet Earth. For many generations now, man has evidently impacted the Earth’s environment, still, the earth has proved to be remarkably stable and resilient to human activities and its capacity to host life; however, some climatic changes are more evident lately.

Here, it is worthy to note that the Bible does speak about weather changes in the last days!

Similarly, modern day theorists of planet Earth’s environment noticed that the post-World War II years have been labelled as the Great Acceleration. During this era the globe has experience astounding improvements in transportation, ingenuity and communication systems — among other technological innovations and inventions, which have triggered revolutionary economic and political changes — not withholding social and environmental, within our societies. Meanwhile, the Earth’s population has nearly tripled and many inhabitants: business entrepreneurs, CEOs, movie stars, and even lottery players and spongy ‘screamers’ are enjoying a standard of living never foreseen.

The reality is there is an adverse cost to these economic advances created by human actions in the crest to become economic and politically affluent – thrusting the Earth beyond its natural cycles. Can human activities really accomplish this?

In fact, some scientists and geologists believe that the Earth has entered a new geological epoch called the Anthropocene –an era in which these researchers believe that the impact of human activities is increasingly evident and damaging.

Rather, some Theologians referred to the Bible verse in Revelation 11:18 — the latter explains that those who ‘destroy the Earth” will be destroyed. The big questions they are asking: “Are we living in those last days? How much further damage will the Earth sustain? And is man capable of ruin the Earth beyond repair?

Having assessed this Biblical theory, the difficult questions I’d ask are: Is the Revelation verse referring to man destroying man? Or is it referring to the astounding hidden cost of fossil fuels and the effect of greenhouse gases (GHG) emitted by humans as theorized by researchers today?

Furthermore, scientific theories conclude that man has mismanaged the planet on which we live –describing how human actions have affected the atmosphere, land surface, oceans bodies and biodiversity.

According to the American Meteorological Society (AMS) there is undisputable evidence that Earth’s lower atmosphere, land surface and its oceans are recording higher daily temperatures. Henceforth, scientists surmised, and they are convinced that the dominant root cause of this unfavourable activity is human impact.

Likewise, approximately 85 per cent of global fish stocks are over-exploited, depleted or is recovering from overharvesting, as reported by the BBC in 2012. These overfishing and overhunting activities threaten a third of the world’s species to the point of extinction – as humans are consuming the resources of the Earth at a rate faster than these resources can naturally replenished.

However, this is not all!

A report from Nationalgeographic.com states that biodiversity will face another mass extinction and is probably the fastest in Earth’s history — explosively created by human activities.

For many years established organizations, such as the G8, have designed many road maps to correct this planetary emergency — adapting mechanisms, such as sustainable development, which encourages economic and social growth inside the ecological confines of the Earth. However, the results are daunting! This is not a fabricated story to quench my self-worth as the global financial crisis is a prime example of the Earth’s ecological debts.

Frighteningly, some ecologists are observation that Earth’s natural resources are depleting at an astronomical rate. Food has already become a scare commodity in some parts of the world where thousands are dying from hunger on a daily basis. Because of these activities ecologists doubt that man has the remedy to successfully manage the planet, although the agricultural and food security phenomena, including afforestation and renewable energy technology seemed to be good and sustainable ideas too.

However, some theologians argued that the Earth was given to the son of men – hinting that God’s gifts does not expires and that God, the Creator will not allow man to bankrupt the Earth’s environment beyond repair. Coupled with this, the Biblical assessment of this theory, taken from Jeremiah 10:23 – the latter states, “Nor it in a man who walks to direct his steps,” suggests that God will not allow such to occur.

After all, the billion dollar questions surfaced: do these scientific theories match Biblical perspectives? And do these theologians have the right interpretations?

For me, these complexities and profundity of thoughts is not me to decide upon or for that matter any individual, but it should take on a collective and comprehensive approach — bringing theologians, scientists, geologist, geographers and other researchers and practitioners alike to conclude the matter.

Until that initiative, I’d continue to observe the Earth and its environment and the signs of time!

One reply on “Can man damage Earth beyond repair?”