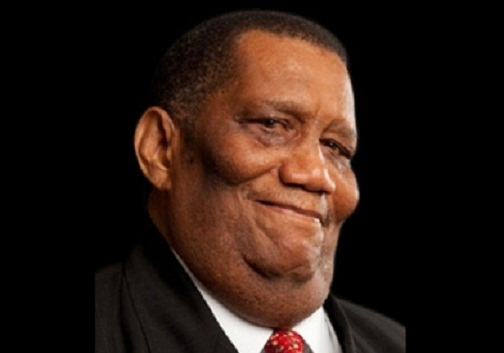 Clarke died on Aug. 28, sometime after undergoing surgery in the United States for a back condition.

Chesney told the opening ceremony of the 13th CWA last week that Clarke was a founder member of CARICOM’s Alliance for Sustainable Development of Agriculture and the Rural Milieu (The Alliance — a grouping of representatives of stakeholders involved in agriculture and rural development.

“Except for a short period, when his party was not in power, he participated in all Alliance meetings and CWA events.  Once available, he was elected by his ministerial colleagues to be chairman of the Alliance for an unbroken period,” Chesney said.

Chesney said Clarke’s chairmanship of the Alliance was “a feat that was only surpassed by his record as an elected Member of Parliament for his constituencies.

“In my estimation, he was the major political driving force responsible for the success of the Alliance and the CWA as we experience it today.  We owe him a deep sense of gratitude,” Chesney said.

He said Clarke’s contribution should be especially appreciated since Minister David Tosul Butulso, Minister of Agriculture, Livestock, Fisheries and Biosecurity in Vanuatu, who attended CWA 2014, has stated that CWA will be used as a model for the inaugural Pacific Week of Agriculture next year.

Michael Hailu, director of the ACP/EU Technical Centre for Agricultural and Rural Cooperation (CTA), a major partner in the organisation of CTA, also paid tribute to Clarke.

“We will miss his enthusiasm and dedication for the advancement of agriculture in the Caribbean,” Hailu told the opening ceremony.

Dominica’s Minister of Agriculture, Matthew Walter, told a meeting of the Alliance, that he is saddened by Clarke’s death.

“It has certainly created a void at this important CWA,” he said.

At the Alliance meeting, Kingston’s newly-appointed agriculture minister, Derrick Kellier, “acknowledged and thanked his colleagues for the sentiments that have been expressed about former colleague, the Hon. Roger Clarke for his contribution to the agricultural sector and indeed for the many years he spent in these fora.