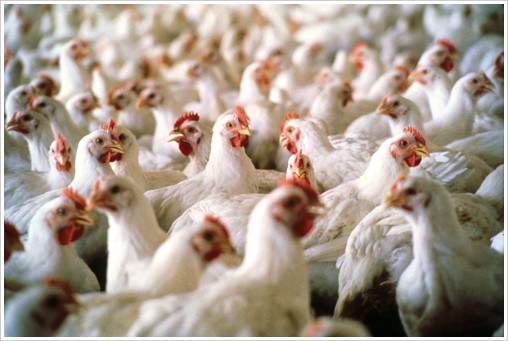 The use of antibiotics in animal feed is making the drugs like effective in humans.

PARAMARIBO, Suriname — Guyana’s Minister of Agriculture, Dr. Leslie Ramsammy says he opposes the widespread use of antibiotics in agriculture, saying this has serious implications for human health.

Ramsammy, a physician and former health minister in Guyana, said the Caribbean Community (CARICOM) should take the lead in trying to secure an international framework to govern the use of antimicrobials in food production.

Guyana initiated a discussion on the issue of antimicrobial resistance — where microbes such as bacteria become resistant to antibiotics – during the 13th Caribbean Week of Agriculture, taking place here from Oct. 6 to 12

Ramsammy said in an interview that while people appreciate the usefulness of antibiotics, their use in medicine is widespread, often available without prescription, and often prescribed after minor medical procedures, such as a tooth extraction.

He said a limited number of antibiotics are available and very few new ones have been developed over the past 25 years.

“So we are dealing with a set of medicines that are now reducing, because the microbes that we fought these antibiotics with are becoming resistant to them, tolerant to them. They no longer work,” he said.

He said a patient may visit a physician who diagnoses and prescribes medication for an infection, but the antibiotics are ineffective because of microbial resistance.

“Part of the reason and I think there is consensus is that the reason for it is the more extensive and intensive use of antibiotics. However, many of us also believe that they have been used injudiciously,” he said, adding that in human health, drugs are often accessible without a prescription.

“… but we also have seen the introduction of these antibiotics in agriculture,” Ramsammy said, adding that the poultry industry in the Caribbean could not survive without using antibiotics.

“But whereas in humans we try to diagnose what the problem is and then threat it — so it is a therapeutic use, in agriculture, there is prophylactic use; that is, every time you feed poultry in the large scale production, the food includes low-level antibiotics,” Ramsammy said.

He explained that the use of low levels of antibiotics is the number one way of developing antimicrobial resistance.

“In my view, as a former minister of health, and now Minister of Agriculture, I believe that antimicrobial resistance is as important as climate change in terms of their threat to sustainable development.

Ramsammy said the other two items are land degradation, and water management, adding that the Food and Agriculture Organisation and the Inter-American Institute for Cooperation on Agriculture have identified these as priority items.

“But it has to go beyond agriculture and become part of the national development priorities,” Ramsammy said.

He said the United States and the World Health Organisation have also identified 18 medicines that are “at risk”.

In September, President Barack Obama issued an executive order establishing a taskforce to be co-chaired by the secretaries of defence, agriculture, and health and human services, Ramsammy pointed out.

“We in the Caribbean must similarly act. We have a chance to take leadership on a global problem. We have done so with climate change, we have done so with NCDs, I believe we could be a lead region in putting this matter on the development agenda,” he said.

He said Guyana is hoping to build awareness at CWA, which is being held under the theme “Transforming Caribbean Agriculture through Family Farming”.

“I don’t think the ordinary person is as yet familiar with this issue,” Ramsammy said.

He said there has been some discussion of antimicrobial resistance internationally.

“What my goal is, what Guyana’s goal is and what I would like to see the CWA adopt, is that globally, we need to shift this problem into that priority group of challenges so that we can tackle this issue globally, because no one country can deal with this issue.

“That’s why I am asking that we should establish an inter-governmental panel at the UN level, because this is one of those issues that is not limited by borders, and therefore we have to agree globally to a set of actions that are implemented at national levels.