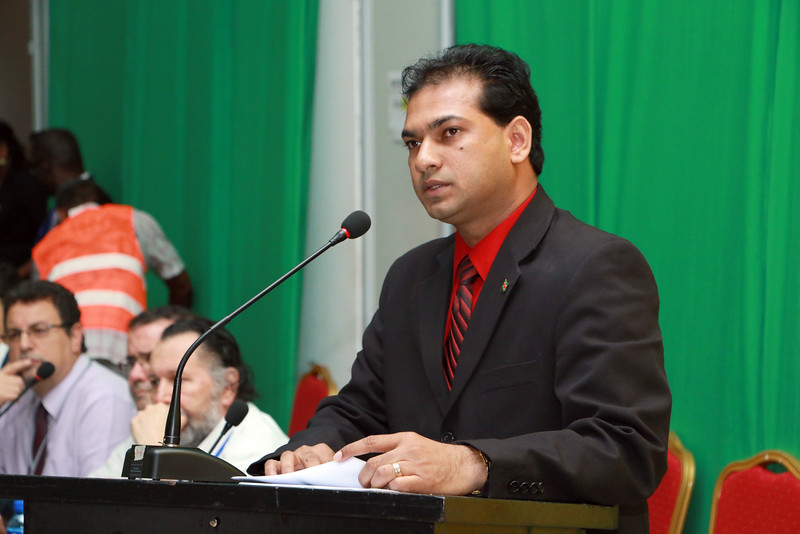 PARAMARIBO, Suriname — The Caribbean Community (CARICOM) nation of Suriname says the focus of agriculture in the 15-member body at this time should be food security rather than marijuana cultivation.

CARICOM has set up a commission to examine the decriminalization of marijuana for medicinal purposes.

However, marijuana cultivation was not discussed at last week’s Council for Trade and Economic Development (COTED) meeting, which formed part of Caribbean Week (CWA) of Agriculture, which took place from Oct. 6 to 12.

Paramaribo’s Minister of Agriculture, Soeresh Algoe outlined his position on the marijuana debate as he responded to a question during the closing press conference of CWA on Friday.

“As Minister of Agriculture, Animal Husbandry and Fisheries of Suriname, at this moment, we know we have to give the people of our region food security. We know that we have problems with fertile soil. We know that our food import bill is too high. So when we talk about marijuana, personally, for Suriname, I [do] not agree at this moment to [say] let our farmers start producing marijuana. What we are stimulating is produce food for our people,” he said.

Jamaica’s Minister of Agriculture, Derrick Kellier, who is chair of COTED, told reporters during the same press conference that marijuana agriculture was not on the agenda of the meeting.

“That was not on the agenda and we did not discuss that matter,” Kellier said.

“It may be discussed in our individual territories at different levels, but at a grouping we did not discuss that particular issue,” he said.

And, Deputy Secretary General of CARICOM, Dr. Manorma Soeknandan noted at the press conference that CARICOM has established a   regional working group on the marijuana question, but added that it was not on the agenda of last week’s COTED talks.

“There is a working group, member states have nominated the members, they have to then liaise with all the stakeholders and we have to take it from there. In the meantime, of course, there might be certain groups that are more advanced in way of thinking and theory, etc., but it is will take some time,” Soeknandan said.

“I don’t think right now we should overemphasize — I am not saying it is not important. It is very important, it is crucial, especially the commercial value, and that’s why the heads have agreed to establish a working group and take it from there. But we have to involve all the stakeholders and take it from there,” she said.

2 replies on “Suriname wants focus on food security, not marijuana”