Could a family of crooks get control of a small Caribbean island government? 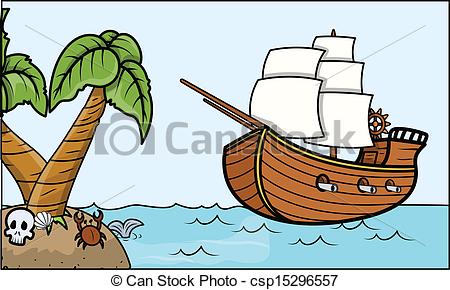 Let’s play a game of pretend and once upon a time. Once upon a time there was a family of crooks who got control of a government of a small island state. They knew they would not be in power for ever so they needed to devise a way of stealing (teefing) a lot and stealing it quickly. One of those involved was a bent former bank employee, and had what some of his family partners in the scheme would describe as a brainwave, or even a masterstroke idea.

The initial idea was to control the government treasury and to start almost immediately in their first term to issue government treasury bills. The bills would need to be issued every month and plenty of them on a regular basis. The bills would give a compounded interest discounted up front equal to 24 per cent per annum. They would not buy all the bills, allowing the market to buy the majority, thus not raising suspicions.

The problem so far had been getting elected, but that was soon sorted, and they got elected by foul and unfair means. A few promises of lining the pockets forever of a bent politician from another political party, even perhaps a knighthood, how could he refuse. Even down to the employment of his children and family in high flying and high paying jobs.

Next was to decide on how to structure the state rip off. It was decided to make it a family affair whereby just a handful or perhaps only two or three knew the truth.

But how would they buy the treasury bills and what should they do with the profit? The answer was simple for the bent former bank employee. First, you make a visit to Pandora and form an offshore company, and issue bearer bonds only to the family owners, of whom he is one. No one would ever know who the owners of the company were and they could trade and do all sorts naughty things through the company.

They had the small state bank (known as the Piggy Bank) lend money to the company at rates approaching 10 per cent, giving them a handsome 14 per cent; in fact, a net profit of 10 per cent after all costs.

Later, when they had their own trading fortune, and after they had abused the Piggy Bank, they sold or liquidated the bank to hide their dealings. This they again considered another masterstroke in the whole scheme.

Bearer shares are a type of freely transferable securities, which only by possession demonstrate participation in a company. In registered or conventional shares, the name of the owner is included and will also be entered in the shareholders register of the company.

No name is included in the bearer shares; any person who has them in their possession is recognised as the owner. If you wish to transfer these shares to a third party, it will suffice just to hand over the certificates. There will be no need for any paperwork or changes to the registry of the company because only the amount of bearer shares that were issued to create the company and their numeration are shown, without making any reference to their owners.

Simplicity and rapid transmission: it is extremely easy to convey a company incorporated with bearer shares. Just by delivering the securities to the purchaser there will be a change of ownership, without further formalities.

Cost savings: there is no need for any legal process to change the ownership of the shares. It is not necessary to go to any notary or registration. It is also possible to avoid the transfer tax. Due to the fact that the transfer of the titles will not be documented, there will be no evidence of transmission and therefore there will not be a taxable event to tax.

Privacy: the owners of the company can remain in almost complete anonymity, since they will not be included in any shareholders register. A change in the shareholding will be a completely confidential act.

Bearer shares have been traditionally used to manage property, particularly vessels and aircraft, or real estate. The shares can be used to lease aircraft and then re-lease them to a state owned airline. You can own aircraft and no one knows it’s you that owns them. The mechanism is simple. It is enough to incorporate an offshore corporation or company in a traditional tax haven such as Pandora and to register the aircraft, yacht, the property, etc. in its name. If you want to sell it again, the buyer is just given the bearer shares, thereby changing the company’s ownership and with it the asset in its name. It is an immediate transfer, and best of all, there are no records, notaries nor taxes to pay. So you pay no tax at home and you pay no tax in Pandora. It’s always been a great medium for crooks, bent bank officials, bent government ministers; anyone who wants to hide and launder ill-gotten money or property.

Another common benefit has been to use such companies to manage family businesses. If a family business consists of bearer shares it is not necessary to stop the activity pending a probate proceeding on the death of the owner to determine who the rightful owner is. The descendants of the deceased only have to submit the titles to be automatically recognized as the new owners. This system of course also works for other assets, whether movable or immovable. As an added bonus, you can even have credit cards paid for by the company

After a few years, greed set in; they felt invincible. The earnings were massive from the treasury bills; they wondered how they could invest some of the loot and get even richer. The problem was finding something like the treasury bills that they could control. Something they could control the money going into and the money coming out of. Up came the idea of building a structure that was to be funded in the island by a foreign government, to be partly funded as grant and partly by low cost loan from the foreign government. But how to get a finger in the pie was something to be worked out.

The foreign government was funding the project on the understanding that the contractor was one from the foreign government’s own country. Now the idea takes shape. When the foreign contractor was looked at, they came to the island and the island ministers went to their country to work out a final deal with them. They make the foreign contractor a shareholder in the Pandora company. To make it more interesting to the foreigner and for themselves they need another related long-term contract or project for the contractor to do on the island. They soon found what was once more described as a masterstroke they would mine shale on an exclusive basis and sell it as aggregate. The problem was that it wasn’t exclusive, because a locally owned company started mining shale and the foreign partner was not happy. So they found a reason to shut the local company down. In doing so they offended much of the island and many in the Diaspora.

Now let’s pretend that is the story so far, and we are all eagerly waiting for the next episode.

I, Peter Binose, the author of the content that can be found herewith can assure you (the reader) that everything herein is fictional, and is a result of the way in which my highly imaginative, sometimes disorganised and somewhat dysfunctional mind interprets particular stories and concepts.

My personal writings are not meant to defame, purge, humiliate, and or injure anyone.

Anyone or any organisation, government, family or group that you may think is anything like those of real life, is a coincidence.

This article, opinion or letter is only a fictional story. The whole thing reminds me of the book “Don’t Stop The Carnival” — the 1965 novel by American writer Herman Wouk, about the idiosyncrasies of island life. All fictional but seems to be based on recognisable places, people and situations. It is my intention of turning this idea into a novel or screenplay script.

Any person, persons, family or government that believes they see themselves in this story, please email me with your details. I will see if I can make the cap fit!

Should you (the reader) identify any such content that is harmful, malicious, sensitive or unnecessary, I request that you contact me via email [email protected] so I may try and rectify the problem. Failing that you may like to just sit down and laugh until your sides hurt, or weep incessantly!

4 replies on “Could a family of crooks get control of a small Caribbean island government?”