Bagga man killed 1 year after being freed of double murder 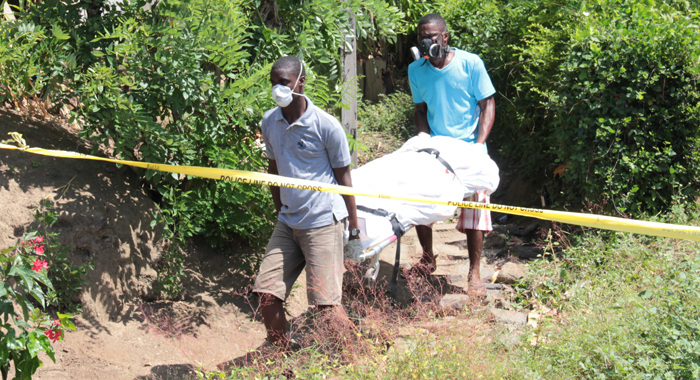 A Barroullie man, who was last November freed on a double-murder charge, stemming from the death of a woman and her daughter in the Central Leeward town almost a decade ago, was found dead in his home Saturday morning.

Detective Station Sergeant of Police Trevor Bailey told I-witness News that the man has been identified as 48-year-old Paul Spence.

“… this morning, about 8 or thereabout, the body of Paul Spence was discovered in his house with injuries about the body. The family can recall last seeing him in the evening of Thursday. Processing the scene, we observed that he has several injuries about the body and we have determined that it is a homicide and a homicide investigation has been mounted,” Bailey told I-Witness News outside Spence’s house in High Road, Barrouallie, where his body  was found in one of the rooms.

Bailey told I-Witness News that while injuries were observed on Spence’s body, police were not yet in a position to say the exact nature.

“… the body is in a state of decomposition, so we will have to wait until we do the post mortem to determine the exact nature of the injuries,” the detective told I-Witness News.

A photo of the crime scene, shown to I-Witness News by a resident of the town, shows Spence bloody body lying naked on the ground.

Some residents of the Central Leeward town suggested that Spence’s death was an act of reprisal over the double murder nine years ago.

Bailey, however, said that police have not found anything suggesting a crime of reprisal.

“That may be said on the road, but from a police point-of-view, we have nothing pointing to that,” Bailey said.

Spence was charged on Jan. 23, 2007 with the murders of Mabel Pollin, 72, and her daughter, 49-year-old Veronica Pollin, both of Barrouallie.

Spence was held for questioning, but was released without charges.

Police again arrested and charged him in 2007.

The prosecution withdrew the charges last November, but offered no explanation for the decision, noting that the law does not command an explanation.

Spence’s death brings the homicide count this year to 32.