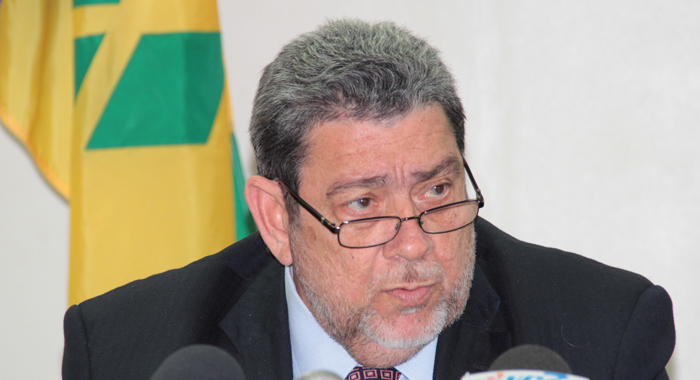 Prime Minister Ralph Gonsalves says he will willing to help with the US$42 million bill that Indian cricketing authorities have sent their West Indian counterparts after West Indies cricketers prematurely ended their tour of Indian last month.

And, as the West Indies Cricket Board prepares to pick a team for its tour of South Africa, Gonsalves further told journalists on Monday that he does not expect any discrimination against the players who pulled out of the tour of India.

The Prime Minister was instrumental in organising a meeting between the WICB and the West Indies Players Association in Trinidad on Friday.

“I fully expect that the team for South Africa will be selected without any discrimination, without any victimisation against the India 14, both for the tests and for the One Days which will come in January,” Gonsalves told journalists in St. Vincent on Monday.

“I expect it to be done in fairness and transparency and there are other elements which we have settled upon and I have been talking to several persons at home and abroad to respond to the plea by the president of the Cricket Board to see how we can help them with the 42 million dollar US claim that the Indian cricketing authorities have made against our team,” Gonsalves said.

“I will help in whatever way I can because of the importance of cricket to our civilisation — our Caribbean civilisation,” Gonsalves told reporters.

The West Indies players pulled out of their tour of India after the fourth One Day International, citing problems with their pay structure.

The Board of Control for Cricket in India (BCCI) has suspended all bi-lateral tours with the WICB and has also brought a lawsuit, claiming US$41.97 million in damages so far.

The meeting in Trinidad last week agreed that a three-man task force be set up to look at the lawsuit.