CARICOM prepared to walk out of Peru climate change talks 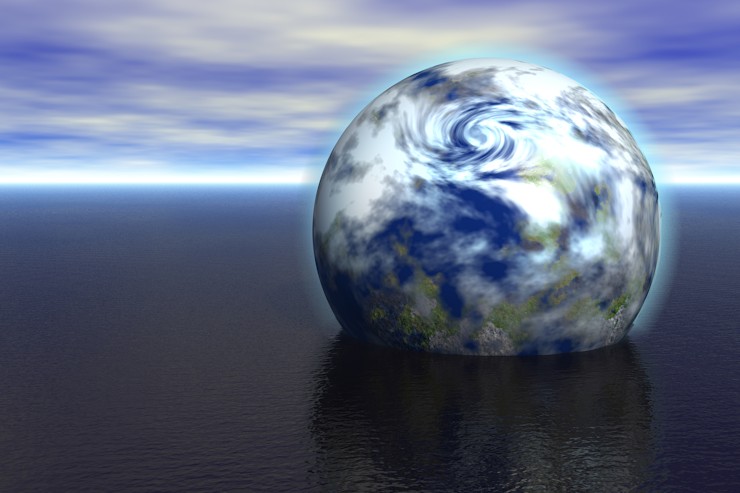 CARICOM negotiators will insist on a climate accord that need the region’s needs.

KINGSTON, Jamaica — The 15-member Caribbean Community (CARICOM) is making it clear that it is prepared to walk out of the world climate change talks in Peru next month if rich countries are not prepared to agree on a deal that will reduce the impacts of climate change on the region.

The 20th Conference of Parties (COP) to the United Nation’s Framework Convention on Climate Change (UNFCCC) is expected to work towards a legally binding agreement to be signed in Paris in 2015.

Countries are expected to agree on ways to reduce human-induced climate change and finance mitigation and adaptation for the worst affected countries, such as those in the Caribbean.

Jamaica-born climate negotiator, Clifford Mahlung, told I-Witness News that while the Lima talks “is the bridge to the agreement” in 2015, CARICOM and other Small Island Developing States (SIDS) have already drawn a red line.

“We have as a redline with respect to our position that if the commitments with respect to reducing green house gases are not of a significant and meaningful amount, then we will not accept the agreement,” he told I-Witness News on the sidelines of Jamaica’s national consultation ahead of global climate change talks.

“We will not accept a bad agreement,” he said, explaining that a bad agreement is one that does not speak adequately to reducing green house gas emissions or the provision of financing for poorer countries.

“If there is no significant funding for that, then we are going to have serious problems with accepting that agreement,” Mahlung said noting that rejection of the proposed agreement “can happen in many ways.

“We don’t have to be part of the consensus, but we can just walk away from the agreement. We think that if we walk away it will send a strong signal. It is the first time that we have ever attempt such type of an action, but we strongly believe that the need for having a new agreement is of such significance that that is what we would be prepared to do,” he said.

Non-governmental organizations walked out of the talks last year in a bid to force rich countries to keep their commitments to developing nations.

Mahlung’s position was supported by Jeffery Spooner, Jamaica’s Focal Point to the UNFCC.

“It is not in our interest as Jamaica and Small Island Developing States to agree to a bad agreement that would possibly even submerge our islands,” Spooner told I-Witness News.

He said that CARICOM’s is taking “more than a moral stance”, adding, “the science has shown that if we don’t act and act decisively, then climate change impacts will become irreversible”.

SIDS are hoping to get developed countries to commit to keeping global temperature rise to 1.5 degrees Celsius above preindustrial levels, but are prepared to accept a two degrees Celsius rise at the maximum. This will mean that countries will have to agree to reduce greenhouse gas emissions.

Mahlung said that the region is “concerned that emission levels are now very close to the tipping point, where the impacts are going to be irreversible wherever you look at them at, and the ability to reduce emissions are going to be so expensive that it becomes a fruitless exercise.

“So if that is what the agreement will lead to, then it becomes extremely difficult,” he said, noting however that the region is mindful of the consequences of leaving the negotiating table.

“We understand the ramifications of walking away, but we have been in the process since the start and to be thinking along this line now means that we seriously think that the new agreement has the ability to keep future temperature increases well below the two degrees Celsius,” said Mahlung, who has been participating in the negotiations since 1997.

But he also pointed out that the region has suffered as a result of climate change, noting the Christmas Eve trough system last year that left death and destruction in the Windward Islands.

“A hurricane went through the northeastern region this year and we have been feeling the impacts. This is a real issue for us,” he also said.

But Spooner also noted that while some countries in the region are being affected by floods, others are affected by unusually dry spells.

“In 2014 we have seen not only Jamaica but a number of our Caribbean counterpart countries being impacted severely by droughts. So these are footprints of climate change and it is really sending the wakeup call to us to start to put things in place and to ensure that at the negotiation table things are articulated by each country in the best way we can.”

Mahlung said he is optimistic that CARICOM and other SIDS would not have to walk out of the talks.

“I think there are very strong signs that countries want to work together this time towards a new agreement. There are some strong things that are happening globally,” he said, adding that

UN Secretary General Ban Ki-moon is succeeding in getting world leaders to commit to financing and some of the other aspects of the agreement.

Mahlung further noted that under the current round of negotiations, all countries will have to commit to reducing greenhouse emissions.

“You will be doing it for yourself now, so, that, I think, will be a strong incentive. And again, the impacts have been so severe and so numerous over the past year or so that nobody now can say that they haven’t been impacted in some way,” Mahung told I-Witness News.

“So, I think that will drive us toward getting some success in Paris next year,” he said.