Sports Council board tells manager to remain on leave 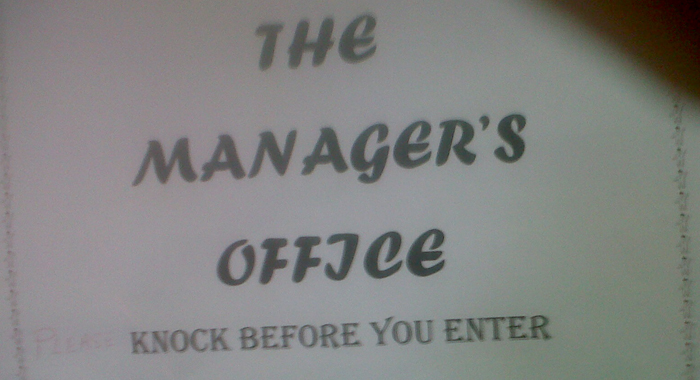 Manager of the NSC, Cecil Charles, will continue to see things from this side.

Manager of the National Sports Council (NSC) Cecil Charles is on indefinite leave pending the outcome of investigations into a matter, chair of the NSC Jules Anthony has confirmed to I-Witness News.

Anthony was responding to a question about reports that the board of the NSC had suspended Charles.

“No, he is not at work. No, I will not say he has been suspended. He is just not returning for the time being, and I cannot say when he will return, but there is a matter that the board is looking into and I guess he would be out until that is dealt with”, Anthony said, choosing his words carefully.

When contacted, Charles, who was seen earlier on the NSC compound in short jeans and a polo shirt, said he had received a letter from the board but did not wish to make any comments on its contents at that time.

Reports reaching I-Witness News say that without the board’s permission, Charles authorised President of Team Athletics SVG, Keith Joseph, to build a storeroom in an area behind the media centre.

The area also accommodates a container for the SVG Cricket Association.

A source told I-Witness News that TASVG is expecting some new equipment and needed space to store them away from the elements and since there was no such place at the Arnos Vale Playing Field, Joseph made the request to the NSC manager.

Charles is said to have brought a more sports-friendly attitude to the NSC.

However, one observer said that the decision to grant permission to Joseph appears to have incensed some members of the Council, who for the most part, are political appointees.

Joseph is the host of a hard-hitting commentary programme “Just Another Look” on the pro-opposition NICE Radio. The weekly programme has been critical of a number of policies of the Ralph Gonsalves led Unity Labour Party administration.

Charles, a former educator, was appointed to the post just over two years ago after Osborne Browne, who served in the position for just over 12 years, was given his marching orders. He took up the post while his brother, Elvis Charles, was a senator and junior Minister of Sports.

Charles was embroiled in controversy last year when his brother, who was the ULP’s caretaker in the Central Kingstown Constituency, sought and got permission from the NSC for an event on the Redemption Sharpes Playing Field.

However, the date for the event was one on which the MP for the area, opposition lawmaker St. Clair Leacock, had been holding an annual event for over five years. The matter was settled when the ULP candidate was advised by his party, under public pressure, to forego his planned event.

Prior to Charles taking charge of the management of the organisation, reports of questionable financial practices were rife. A sign that the authorities were not happy with the way things were being done was where finances for the preparation for international fixtures featuring West Indies and Pakistan at the Arnos Vale Playing Field was put in the hands in the Facilities Manager, Lance John — a significant shift from the past, when such matters were dealt with by the manager.

The status quo returned with the subsequent change in personnel.

Charles, during his tenure, is said to have been responsible for a number of initiatives aimed at improving the facilities under the supervision of the NSC, with one of these being the construction of a small pavilion and seating at the Arnos Vale 2 to accommodate teams and a few spectators.

In addition, it is felt in some quarters that the relationship between sporting bodies and the NSC improved significantly, resulting in less confusion in the scheduling of games at the various venues. However, the recent Super40 held by the SVG Cricket Association saw a measure of tension between Charles — who was a member of the Julian Jack cricket executive, which was booted earlier this year — and the current executive.

Charles had resigned from the cricket executive a few months before a vote of no confidence in Jack succeeded.

But one source close to all parties told I-Witness News “there appears to be more in the mortar besides the pestle” with the current development.

Anthony said that the duties of manager are being conducted by Julian Burgin, a retired bank employee who was elevated to act during Charles’ vacation and was asked to continue in that capacity until the conclusion of the investigations.