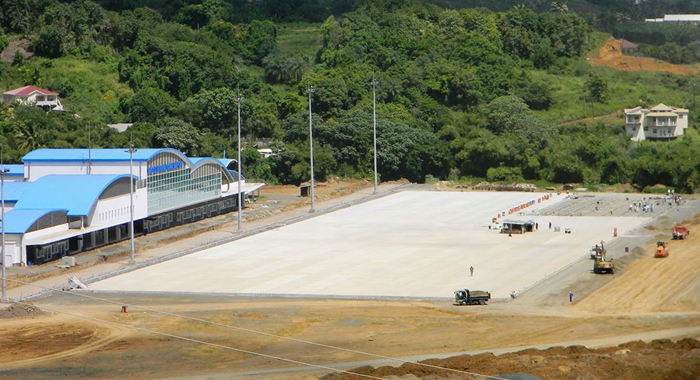 Prime Minister Ralph Gonsalves told a press conference on Monday that CEO of the IADC, Rudolph “Rudy” Matthias had informed him of the “pilfering, allegedly of some materials”.

“We are having zero tolerance on this matter in very area. So if we find anything which is amiss, we deal promptly,” Gonsalves said.

“I told Dr. Matthias, I said, you have the persuasive evidence, even though the evidence may not be conclusive, you take the matter to the police and you get those workers off the site. It’s a simple matter.

“… I would expect that they will send me the report when they have done all of those things,” Gonsalves said.

take over the concrete batching plant when the Cubans leave, allegedly became involved in a number of acts of petty theft and also stole a roll of wire for its copper content.

The EC$700 million Argyle International Airport is expected to be “substantially complete” by the end of this year and to become operational by mid-2015.

In a separate incident in 2012, IADC Communication Officer Jennifer Richardson-Herbert said that two junior employees of the company had colluded to defraud the company of EC$63,744 by billing for more food than was delivered to the company.

5 replies on “Another worker allegedly steals from Argyle airport”