Opposition Leader calls on gov’t to clean up Kingstown 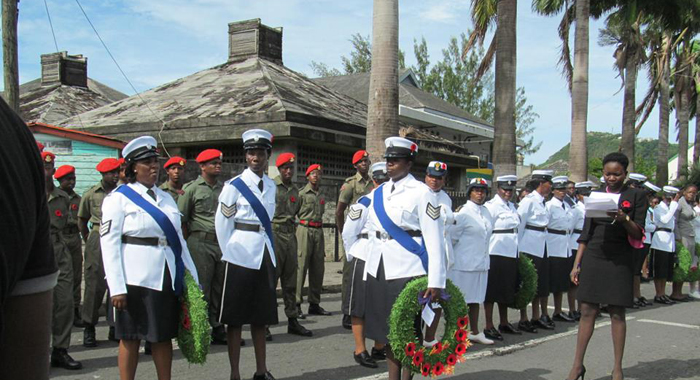 The unsightliness of Kingstown is having a negative impact on the country’s tourism industry, Leader of the Opposition Arnhim Eustace said Monday and called for the city to be given a facelift.

Eustace made the point on his weekly radio programme as he said a lot more needs to be done to encourage investments in St. Vincent and the Grenadines.

He said he does not expect the EC$700 million international airport at Argyle to be completed anytime soon.

The government has said that the project, which has been under construction since 2008, will be “substantially complete” by year-end, and operation by the middle of next year.

“Our city needs a clean up. Yesterday at the Remembrance Day Parade, where you had to line up to lay the wreaths, when you look behind you and you see all those tables piled up by the side of the road, it didn’t present a pretty picture. And today, with all the activities of social media and pictures and thing, it goes all the way around the world,” Eustace said.

“All these tables piled up at the back of the parade, very visible. I was embarrassed yesterday looking at that. Those things have to be dealt with. Some of the cruise ships are complaining about the untidiness and dirtiness in Kingstown. We have to address these issues; we have to address them. Otherwise, we are not going to have any growth in tourism,” he said.

Eustace said that he doubts that the government can transfer to the Tourism Authority their full subvention “because government finances are in a mess.

“So, the Tourism Authority will not get all the money it needs to do the promotion and so forth that is necessary. So that is a constraint on our tourism development,” he said.

“Stop telling me about these awards. Let us see them manifested in increased arrivals in our country and part of that job is the cleaning up of Kingstown, part of it is improved promotion and part of it is looking after our sites and come with new proposals for attracting tourists to our country,” he said.

Eustace also said that the nation has to deal with the crime problem, including crimes against visitors.

In his Independence address last month, Prime Minister Ralph Gonsalves announced said a special Christmas works programme of at least EC$3 million, plus a special clean-up provision of EC$500,000 for capital Kingstown, will be executed this year.

He also said that in the Budget Address for 2015, he will detail a five-year, EC$50 million programme of rehabilitation and construction programme of government buildings in Kingstown, starting next year.