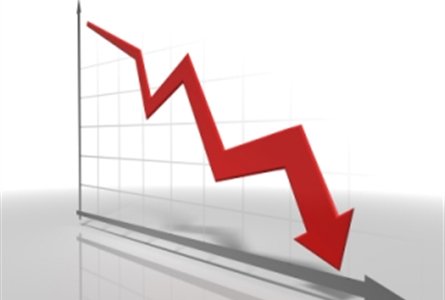 Moody’s Investors Service on Friday downgraded St. Vincent and the Grenadines’ (SVG) government bond ratings to B3 from B2 and changed the outlook to negative from stable, the second downgrade in two years.

Moody’s Investors Service provides international financial research on bonds issued by commercial and government entities and, with Standard & Poor’s and Fitch Group, is considered one of the Big Three credit rating agencies.

B1, B2, and B3 credit ratings are judged as being “speculative and a high credit risk”.

Moody’s said the government’s short-term foreign-currency and local-currency ratings are affirmed at Not Prime (NP), meaning that they do not fall within any of the prime categories — from “Aaa” to “Baa3”.

Moody’s said the key drivers of they downgrade are: external vulnerabilities have increased markedly following a strong weather-related shock in December 2013.

The credit rating agency also said that the fiscal deterioration from 2013 is set to continue in 2014, leading to weaker public debt ratios and substantial downside risks to debt sustainability.

“St. Vincent and the Grenadines’ long-term local-currency country risk ceilings, foreign currency bond ceiling, and foreign-currency bank deposit ceilings remain unchanged at Ba3. The short-term foreign currency bond and deposit ceilings remain at NP. These ceilings reflect a range of undiversifiable risks to which issuers in any jurisdiction are exposed, including economic, legal and political risks. These ceilings act as a cap on ratings that can be assigned to the foreign and local-currency obligations of entities domiciled in the country.”

In explaining the rationale for the downgrade, Moody’s said SVG’s “sovereign rating are the marked increase in external vulnerability and deterioration in external finances.

“Following the global economic crisis, St. Vincent’s sluggish economic recovery was derailed by a strong weather-related shock in December 2013. The country suffered massive damage to infrastructure, housing, and agriculture as a result of severe floods.

“Tourism activity in 2013 contracted by 3.5 per cent, contributing to a deterioration in already-weak external finances. The current account deficit reached just under 30 per cent of GDP by the end of 2013.

“For 2014, Moody’s forecasts that a further weakening of tourism activity, along with increased imports of construction materials related to the reconstruction effort, are likely to more than offset the respite brought about by lower import prices on fuel and other commodities, pushing the current account deficit to nearly 34 per cent of GDP by the end of the year.

“As a result, external finances had come under severe stress by mid-2014, prompting the authorities to request emergency assistance from the International Monetary Fund (IMF).”

In August, the IMF approved the disbursement of approximately $6.4 million (0.9 per cent of GDP) to St. Vincent through its Rapid Credit Facility (RCF) and Rapid Financing Instrument (RFI).

The second driver of the rating downgrade is the continued deterioration in government finances and substantial downside risks to debt sustainability, Moody’s said.

“The authorities announced their intention of further boosting capital spending in 2014 in order to repair damaged infrastructure and continue building climate resistance. The budget speech in January envisioned a widening of the fiscal imbalance to around 9.5 per cent of GDP, which Moody’s estimates would push debt ratios slightly above 70 per cent of GDP.

“Stabilizing debt ratios at under 71 per cent of GDP and then reversing negative debt dynamics would require the effective execution of the authorities’ plans.”

Moody’s said it believes there are substantial downside risks to the fiscal outlook and debt sustainability; these doubts underpin the negative outlook on the B3 rating.

“Slow disbursement of grants and financing could prolong reconstruction projects and delay the projected recovery in tourism revenues. Such a recovery depends on critical infrastructure being fully repaired, and importantly, the new airport being completed.

Further downside risks that support the negative outlook on the sovereign’s rating relate to the possibility that the economy may not respond to the planned fiscal stimulus measures, suggesting that debt sustainability may also be jeopardized by the slower recovery,” Moody’s said.

The ratings agency said it sees limited potential for upward rating changes in the immediate future.

“Faster growth driven by the completion of Argyle airport and the expected associated increase in foreign direct investment in the tourism sector would be credit positive and supportive of the rating. A significant strengthening of the government’s balance sheet through a marked reduction in debt metrics or diversification and increase of funding sources would place upward pressure on the sovereign’s rating. A significant reduction in external vulnerabilities would also create upward pressure.

Conversely, a further deterioration of the public sector balance sheet, the assumption of contingent liabilities, or increased commercial borrowing to finance potential cost-overruns related to the Argyle airport would be credit-negative,” Moody’s said.

The downgrade comes at the end of a week in which the IMF said Preliminary findings suggest that the Vincentian economy registered “modest growth” in 2014, but the government is having difficulties meeting its obligations and keeping the budget together

In October 2012, Moody’s downgraded SVG’s credit rating from B1 to B2.

Moody’s said then that the key rating drivers for that decision were: