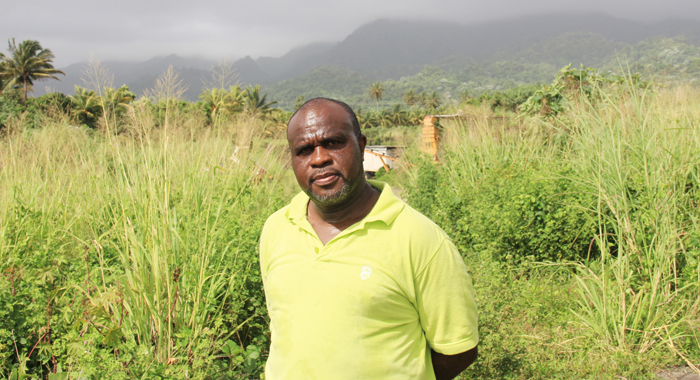 Businessman Leon “Bigger Bigs” Samuel was as of Sunday yet to be informed officially that Cabinet had rescinded a decision that brought his mining operation at Rabacca to a halt in February 2011, triggering the closure of his block-making business.

Cabinet on Nov. 19 rescinded the Statutory Rules and Orders, but Samuel said that decision was not gazette last week.

Prime Minister Ralph Gonsalves told a press conference last week that at its Nov. 19 meeting, Cabinet accepted the report from the Ministry of Land and Physical Planning.

The report “included the decisions of the Physical Planning Board to restore to Bigger Biggs the land use permission for the purpose o mining at Rabacca and we took the decision to rescind the Statutory Rule and Order which had been issued largely on environmental grounds in 2011,” Gonsalves said.

Samuel can, in principle, recommence mining, when Cabinet’s decision to rescind the Statutory Rule and Order is published in the Gazette.

But he told I-Witness News in October that he will need about six months to mobilise funds and replace stolen parts and equipment for them mine before operations can begin.

The Cabinet decision, when published in the Gazette, brings to an end Samuel’s year-long battle with the government to have the licence reinstated, amidst accusation that the revocation was punishment for Samuel’s opposition of the Gonsalves-led Unity Labour Party during the lead up to the 2010 general elections.

Gonsalves has maintained that the decision to revoke the licence had nothing to do with politics and was taken to protect the environment.

“The decision also was made too in light of the fact that we received a letter from Mr. Samuel, acting on behalf of his company, where he expressed his intention to follow the guidelines, the conditions laid down by the planning authorities,” Gonsalves told the media, explaining Cabinet’s decision to rescind the SR&O.

“He (Samuel) said that he intends to comply with the conditions. But he said he intends to do so as he has in the past. But, his expressed intentions to abide by the conditions are important, and we, the Cabinet, have asked the minister to ensure that his ministry, following through on the conditions, have the Chief Surveyor properly demarcate the five acres plus in which he is given the land use permission to mine,” Gonsalves said.

The size of land that Samuel owns at Rabacca was also a point of contention.

And, Gonsalves, asked to respond to a recent statement by businessman and furniture manufacturer, Omroy Theophilus “O.T.” Mayers, that the developments surrounding Samuel are frightening, said, “That’s OT’s hyperbole.”

“The Cabinet took its decision under the law. … So when my brother OT says it is frightening — hyperbole, excessive language, lack of information as to the background,” Gonsalves said.

“And if and when I meet OT again, I will talk to him and explain to him all that I am explaining to you, if he’s never heard about them,” Gonsalves said.