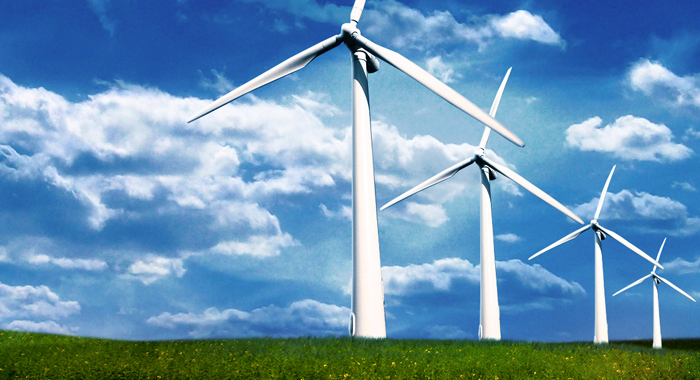 Antigua is exploring the generation of energy from wind. (Internet photo)

LIMA, Peru, Dec. 3, CMC — The Antigua and Barbuda government has entered into discussions with the Climate Technology Centre & Network (CTCN) regarding wind energy development in the twin-island Caribbean nation.

The CTCN, the operational arm of the United Nations Framework Convention on Climate Change (UNFCCC), promotes the accelerated development and transfer of climate technologies at the request of developing countries for energy-efficient, low-carbon and climate-resilient development.

The CTCN also works to strengthen the capacity of developing countries to identify technology needs and facilitates the preparation and implementation of technology projects and strategies that support climate action.

Antigua and Barbuda’s Chief environmental officer and climate change ambassador, Diann Black-Layne told the Caribbean Media Corporation (CMC) on Wednesday that technical assistance is very important for her country as it explores its renewable options.

“In Antigua and Barbuda, we are being bombarded by a lot of proposals for renewable energy projects, and as a country, we don’t need to rush into it, we can just stop and decide what technology is best for us,” she told CMC on the sidelines of the 20th session of the Conference of the Parties (COP) and the 10th session of the COP serving as the Meeting of the Parties to the Kyoto Protocol, taking place from Dec. 1 to 12.

Black-Layne, who is heading the Antiguan delegation at the talks, said it is difficult to know which renewable technology option is best for her country.

“… because if I want to bring you a technology that I want you to buy, my technology is going to be the best,” she said in reference to the marketing approaches of technology developers.

She noted that CTCN assists developing countries to identify the technology that is best for them.

“This is important for us, because if we decide on a wind technology, for example, when a hurricane comes, what are we going to do with the wind turbines?

“So we need to get wind turbines that are hurricane ready that can be dismantled and put back up, that can be done off grid, on high terrain, low terrain, and all of that. And they (CTCN) will have a lot of that information that they can bring from experiences from different countries.”

Black-Layne told CMC that it could cost US$1 million to prepare a proposal for wind energy, but if a country goes through the CTCN, it cost about US$50,000

“We don’t have to pay anything, first of all, if you go through the CTCN, but when they do it, because they have all these partnership agreements, it costs a lot less. So we are negotiating that with them here,” she said in reference to

CTCN, climate technology manager, Jason Spensley, spoke of St. John’s application during a workshop with journalists from developing countries, whose participation is being funded by the UNFCCC and the United Nations Environment Programme.

Spensley noted the potential of renewable energy to reduce energy prices in the Caribbean, where the cost of energy derived from the burning of fossil fuels is especially expensive.

“The price of energy is very high, especially fossil fuel throughout the Caribbean and this request is coming in the next couple of days,” Spensley told CMC.

One reply on “Antigua seeking technical assistance for wind-power development”