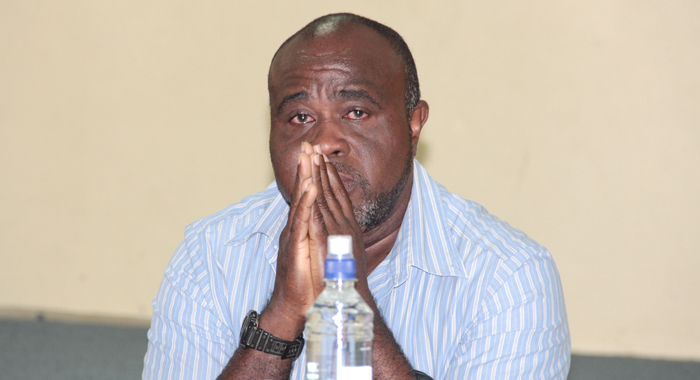 Businessman Leon “Bigger Bigs” Samuel was on Wednesday ordered to pay EC$800 in connection with three traffic offences brought against him when he picketed outside the building housing the Attorney General’s office in Kingstown on Sept. 17.

Samuel, in a post on social networking website, Facebook, after the verdict o Wednesday, said the EC$800 was the cost of his efforts to get the attention of state authorities in his bid to have reinstated a licence to mine aggregates on lands he owned at Rabacca that the Cabinet rescinded in February 2011.

Related: ‘Bigger Bigs’ not yet told about Cabinet’s decision re mining permit

“I can now say it cost (sic) me $800.00 to get the attention of the Attorney General and the Planning Board which then reinstated our permission for our lands at Rabacca. [F]or it was 11 days after the picketing of the AG office I was called to a meeting to deal with the almost 1-year application we made to the planning board,” Samuel said in the post.

The trial of the matters ended last week Wednesday, but James reserved judgement until yesterday.

On Sept. 17, Samuel was arrested while picketing outside the Methodist Building in Kingstown, which houses Attorney General Judith Jones-Morgan’s office.

Samuel, during his evidence-in-chief, had told the court that the purpose of his picket was to highlight the injustice of the shutting down of his multi-million dollar business in 2011, when authorities revoked his mining licence.