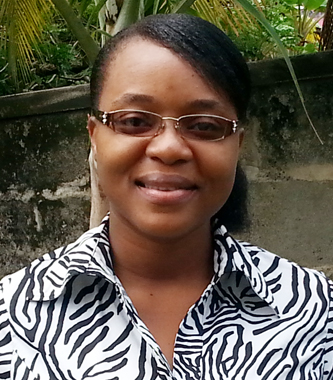 So proclaimed the first digital slide in a less than one-hour, presentation by Anesia Baptiste, founder and leader of the Democratic Republican Party of St. Vincent and the Grenadines Sunday evening in Montreal, Quebec, Canada.

The 34-year-old bilingual politician addressed Montreal area residents and Vincentians at an event hosted by the 49-year-old St. Vincent and the Grenadines Association of Montreal.

Among the achievements Baptiste highlighted was that, whilst serving as a senator for the main opposition New Democratic Party in SVG, she was able to get important clauses included in SVG’s Anti-Human Trafficking Laws of 2011, prior to the legislation being tabled.

She recalled that in response to her submissions to include specific provisions for aggravated circumstances to cover pregnant women victims and to recognize those women who find themselves under adverse socio-economic conditions, Prime Minister Ralph Gonsalves spontaneously said, “Let us put them in.  They make the law stronger”.

This revelation drew appreciative applause from the modest audience assembled to hear her speak.

The experience of residents of Pole Yard, a marginal community that has sprung up just beyond the fence of E.T. Joshua Airport in Arnos Vale in their quest for pipe-borne water, the hands-on provision of improved housing to an indigent and elderly Rose Bank resident with the collaboration of Jems Hope for Home, regional advocacy towards the repeal of Grenada’s Electronic Crimes Act 2013 (aka The Thinskinned Legislation) which, she says, would have allowed fines of up to EC$$100,000 for publishing remarks subjectively seen by individuals as offensive on social media like Facebook are among “the principled stances” taken by the Democratic Republican Party of SVG that hopes to field a slate of 15 candidates in the general elections, which must be called by March 28, 2016.

The DRP intends to buck tradition with the introduction of a Ministry of Domestic Development within which will fall investment partnerships geared towards business alliances with emphasis on training and diaspora participation, a crime plan that will emphasize restitution, rehabilitation and restorative justice, and a health plan that will include a nutrition policy centered on the promotion of local production of fruits and vegetables as being preventative and curative in the diets of Vincentians.

On the right to religious liberty, Baptiste says, “Let every man to his religion and his conscience alone”.

That, she says, is the policy of her party, the DRP.

Baptiste was fired as an NDP senator in 2012 after she wrote to NDP President and Leader of the Opposition, Arnhim Eustace, a strongly worded letter in opposition to a party policy that no NDP candidate or prospective candidate should make untoward comments about the religion practiced by any person in SVG.

Based on the presentation, under the DRP’s foreign relations policy will fall freedom from persecution and discrimination. Inclusivism will be a priority.  Here, Baptiste asked, “What are the value systems of the other [vying] parties that assure you that it will not be the ‘same old khaki pants’ as usual?”

She added, at the opening of the question period, that “Any peoples who are discriminated against are wronged; it is anti-human rights and contrary to the protections of rights and freedoms for all”.  She noted here, the treatment of students beaten and killed in Venezuela during recent social uprisings in that country this year.