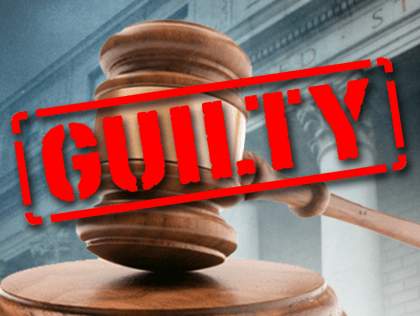 Brenon Roberts was found guilty of attempted murder and breach of a Court Order.

A Barrouallie man will be sentenced in January, having become the first person in St. Vincent and the Grenadines (SVG) to be convicted in a jury trial that included video evidence.

Brenon Roberts, 40, of Barrouallie was on Tuesday found guilty of attempted murder and breach of a Court Order.

The charges arose from an incident on the April 22, 2013, when Roberts’ former common-law wife with whom he had a child, was attacked at Larley Road in Barrouallie around 9 p.m. and chopped several times to her head, arm and back.

The woman, whose name was not released, had earlier obtained a Protection Order from the Family Court against Roberts, who had previously wounded her, the Office of the Director of Public Prosecutions said in a press release on Tuesday.

The trial ended at the High Court in Kingstown on Tuesday, and Justice Kathy Ann Latchoo has adjourned the sentencing of Roberts to Jan. 28, 2015.

Under the Interviewing of Suspects for Serious Crimes Act, passed in Parliament last year, the police are mandated to do electronic interviews of persons who are being investigated for specified serious offences.

The intention is that these video recorded interviews will be played in court to the jury, enabling jurors to see and hear what the suspect had to say when questioned by the police.

The press statement said that the video interview with Roberts was played in court for the jury last week Thursday, Dec. 11, just before the close of the prosecution’s case.

The introduction of the video recording of interviews with suspects in SVG was a step taken to enhance the administration of justice and to minimize the challenge to the admissibility of confessions made by suspects to the police, the DPP’s office said. Jurors are able to observe for themselves the conduct of both the police and suspects during the interviews.

At the Magistrate’s Court, two persons who were interviewed on camera by the police have already been convicted.

They are Lisa Hooper for liquid cocaine trafficking, and Alaskie “Beaver” Samuel for firearm offences.

“The Office of the Director of Public Prosecutions is quite pleased with the implementation and application of the technology to the criminal trial process. All those who contributed in one way or another to the strengthening of the justice system ought to be applauded,” the release said.

The introduction of the legislation, as well as the training of the police officers in conducting the interviews, the provision of interviewing suites at various police stations and the equipping of various court rooms to permit the playing of the interviews were made possible through the former Criminal Justice Advisor to the Eastern Caribbean, Dan Suter, a project funded jointly by the British High Commission and the Embassy of the United States of America to the Eastern Caribbean.