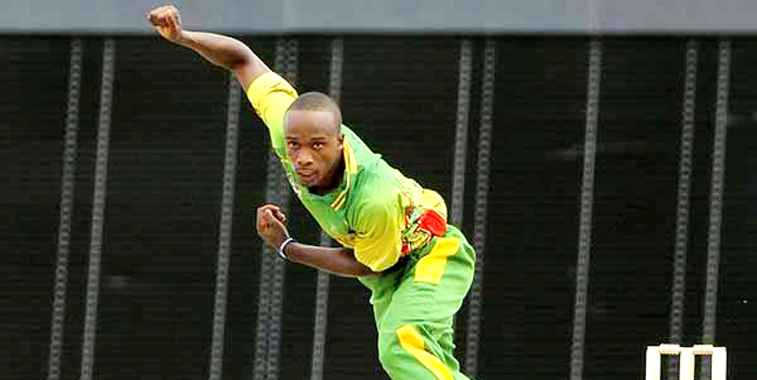 St. Vincent and the Grenadines and Windward Island left arm seamer, Kenroy Peters heads to South Africa as a replacement for fastbowler Kemar Roach, who was forced out of the tour with a foot injury.

Peter, 33, was the leading bowler in the 2014 regional first class season with 40 wickets for the Windwards. He also joined a selected bunch when he took a hat trick against Jamaica in the finals of the competition at Beausejour Cricket Ground in St. Lucia.

Peters said he got the call from the authorities about his selection while driving home from capital city Kingstown, where he had gone to do some business.

He said that he was not too surprised since reports had indicated that it was either he or Barbadian Miguel Cummings who was shortlisted to replace Roach.

He also indicated that WICB officials had also told him before that he was listed as a reserve.

In 2000, Peters bowled the West Indies Under-19 touring team to victory over their English counterparts with a display of seam bowling that impressed many who saw him in action. When the West Indies needed a replacement to send to Sri Lanka, the Mike Findlay-led panel went for Jamaica’s Jermaine Lawson citing the extra pace. Lawson, who did reasonably well, was subsequently banned from bowling after his action was reported.

Peters spoke about the years of waiting and other things in an interview with E. Glenford Prescott at E.T. Joshua Airport, just prior to departing Sunday morning.