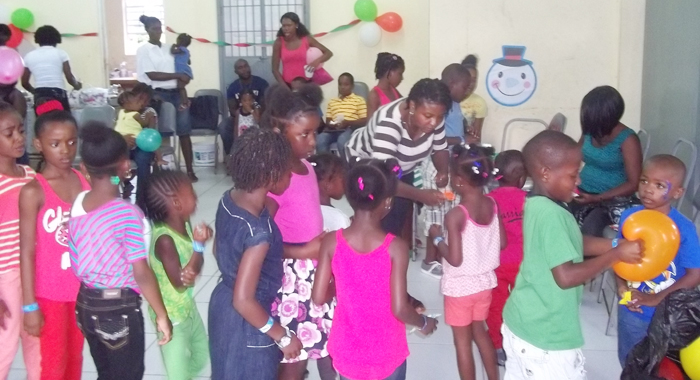 Children at the “Tanty Naomis Childrens Christmas Party” in December.

The event was a not-for-profit venture, which included face painting, carolling contests, games, prizes, dancing and culminated with the donation of essential school supplies to approximately 80 children.

The young attendees and their parents enjoyed the event and encouraged the members of the Foundation to host another Christmas event in 2015.

Some parents, who were present during the party, thanked the Foundation for the donation of schoolbooks to the children.

The Foundation, whose motto is “remember to do good and to share”, was created in memory of the late Cecil “Good Hope“ Browne and Naomi “Tanty Naomi“ Browne, both formerly of Lodge Village.

The event was supported by a number of corporate and individual donors, including relatives and friends of the late Cecil and Naomi Browne.

The Foundation’s next event is expected to be a donation of reading materials to a local secondary school in March 2015 to commemorate the one-year anniversary of the passing of Cecil and Naomi Browne.