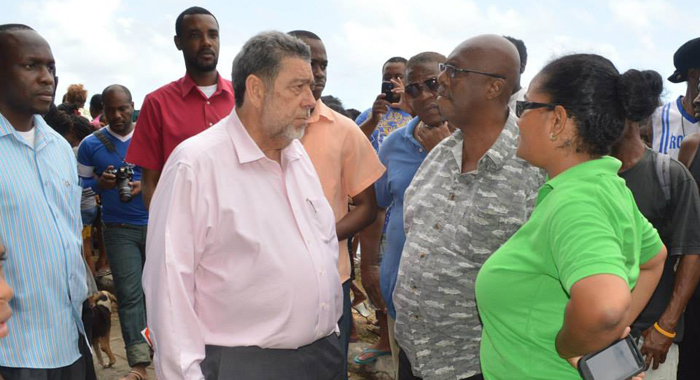 KINGSTOWN, St. Vincent, Jan 13, CMC — The St. Vincent and the Grenadines (SVG) Parliament has been postponed for a second consecutive day as the nation comes to grip with the tragic accident on Monday that claimed the lives of at least five people.

A brief statement from the Office of the Prime Minister acknowledged that the postponement is as “a result of the tragedy in the Fancy area” and that Prime Minister Ralph Gonsalves, who was due to deliver the national budget, will provide a date for the parliamentary session later on Tuesday.

The Ministry of Health said it could verify that five people were killed as a result of the incident in which the minibus plunged into the seas at Rock Gutter, a community between Owia and Fancy in north-eastern St. Vincent on Monday.

Teams Tuesday resumed their search for two people reported missing and Communications Officer in the Ministry of Health, Wellness and the Environment, Neeka Anderson-Isaacs, confirmed that 10 people had been hospitalised at the Milton Cato Memorial Hospital (MCMH) while four others are at the hospital in Georgetown.

St. Lucia Prime Minister Dr. Kenny Anthony in a statement Tuesday extended condolences and sympathy to the people of SVG and recalled that just over three years ago, St. Lucia suffered a similar tragedy.

Anthony said while he understands “this must be a very difficult time for the people in St. Vincent and the Grenadines…a loss of this nature touches all of us throughout the region, and draws us closer together as a people.”

He said it is never easy to deal with an accident of this magnitude and that the pain and sorrow are magnified when children are involved.

“I call on my fellow St. Lucians to spare a thought and say a prayer for those families, who must be in such turmoil right now.

“Our children are of paramount importance, and I take this opportunity to add my voice, my thoughts and prayers for the schools, the communities and the homes that have been impacted by the terrible accident that took place on Monday morning,” Anthony said.

Meanwhile, Caribbean Community (CARICOM) Secretary General Irwin La Rocque said the accident has “deeply saddened” CARICOM and “in this trying time of such grave loss, the Community stands with St. Vincent and the Grenadines”.

La Rocque said “the Community’s grief is heightened by the fact that many among the deceased were school children”.