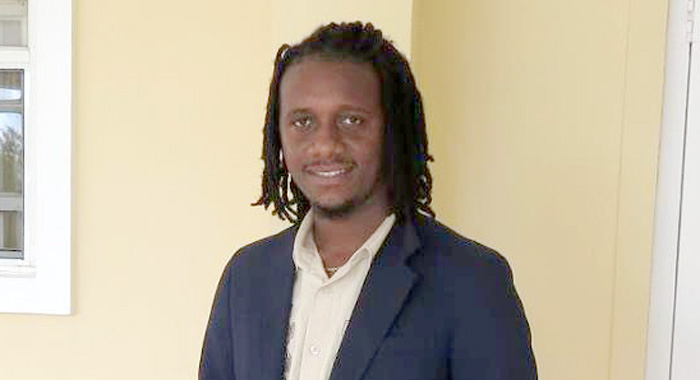 A former Vincentian gang member who had also been homeless at age 13 is among 60 young persons selected internationally to receive the prestigious Commonwealth Queen’s Young Leader Award.

The Vincentian awardee, 28-year-old journalist Kenville Horne, is also one of four persons from the OECS and Barbados to receive the award, which is given to persons 18 to 29 years old.

A citation sent to I-Witness News says that Horne is being awarded “for his trials and triumphs and his effort to make a meaningful change in his community”.

Five years ago, Horne started a sports based programme, called the Kenville Horne Sports Academy, for disadvantaged and at-risk youth between the ages of 6-17 in his community of Rose Hall.

When he started the programme, he was employed at the Division of Physical Education.

“I am … elated to be selected by the Queen’s Diamond Jubilee Committee (QDJC) for my works with the children in the community of Rose Hall and by extension North Leeward,” said Horne, who is a reporter at The Vincentian newspaper.

He said that the work that led to the award involves many personal sacrifices.

“The sacrifices are many. … [Travelling] to Rose Hall from Lowmans Leeward, takes me about one hour and twenty minutes, leaving my young family behind and the comfort of my home, spending money from my pocket to pay for gasoline or transportation fee, finding equipment to execute the programme, seeking sponsors to run tournaments and caring for children … from different age groups and backgrounds,” he said.

The citation says that during Horne’s enrolment at the then Emmanuel High School in Kingstown, Horne experienced mixed fortune.

“He moved from one aunt’s home in Lowmans to another in Redemption Sharps, and became involved with a gang in Kingstown, leading him into constant trouble. Horne was eventually kicked out of his aunt’s house at the tender age of 13, forcing him to fend for himself.

“With the street his home and gang members his family, Horne had to adjust to life on the road. ‘I can still remember sleeping in front of KFC downtown and an officer hitting me to get up,’ recalled Horne.

“Sometimes he would receive temporary assistance from sympathetic relatives. But despite his trials, Horne forced his way through school,” the citation says.

Having been selected, Horne will have access to online courses from the University of Cambridge, and also will be hosted, along with the other selectees by the Queen’s Diamond Jubilee Committee (QDJC) for a week — June 21 – 27 — in the United Kingdom.

During that time, the Queen will present him the award at Buckingham Palace.

He expressed appreciation to Anesta Rodney for providing him with accommodation when he is in Rose Hall, Randy’s Supermarket, CCA Ltd., Premier Distributors, St. Vincent Brewery Ltd, ACTP, media houses, the Kenville Horne Sports Academy, the people of Rose Hall and North Leeward, and all other persons and entities who have supported his tournaments or fundraisers.

“This award should be cause for celebration in St. Vincent and the Grenadines,” Horne said.

“I express thanks to God for the many blessings, thanks to Queen’s Diamond Jubilee Committee for bestowing this honour on me , and to me family and friends for their prayers and support,” Horne said.