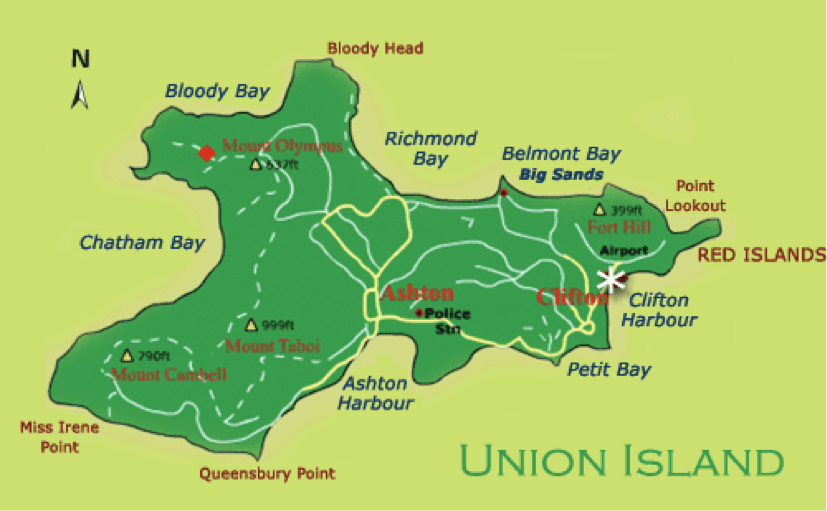 In St. Vincent & the Grenadines, the enactment of the Possessory Title Act (38 of 2004) was intended to benefit the nation as a whole. Instead, it has proven to be a disadvantage to many landowners in recent years. The principal reason for the stipulation of this act is simple — it allowed a person to own property that belonged to his forefathers, or property that he had occupied in good faith for many years. Today, many newspapers are inundated on a weekly basis with applications from people seeking to attain deeds via the possessory act. Among them are the opportunists who seize every chance to be the owner of another man’s properties.

A long time ago in Union Island, the communal lifestyle and customs enabled people to buy lands without any form of written documentation. Word-of-mouth was all that was needed because people trust each other. Word-of-mouth had clout, and hence was the final authority. However, this has proven to be an impediment in recent years because many of the owners are unable to provide deeds for the lands that they had bought. Many of the ancestors died without having the palest idea that multiple problems would result from those verbal contracts that were once valid and binding. With no deed made out for a portion of land bought during those earlier years, these owners are unable to transfer ownership of their lands to their offspring. The reason is, there is no legal documentation that allows them to do so. Instead, these offspring can only obtain these inherited properties through a lengthy process of administration.

With the above being a quandary — one that bolstered lawmakers to enact an amicable system by which some form of administration could be initiated (Act 38 of 2004). This permits a person to make a declaration of having a property in his or her possession for 12 or more years. As a result, it enabled some plots of lands to have deeds for the first time. But there were many unoccupied lands whose taxes haven’t been paid for in many years. This, unfortunately, gives many intruders the opportunity to pilfer land surreptitiously or by other means such as legerdemain. Many have falsely declared that they had occupied those lands for more than 12 years as satisfactory to the possessory title Act (Act 38 of 2004). Also, professionals who are privy to the law, they too took advantage of the situation to acquire the best lands for themselves. Rather than apprising some of the less fortunate who has legitimate family ties to those lands, they instead swindled the properties. This is not exclusive to Union Island, but extend all the way to St. Vincent. Regrettably, in this Third World atmosphere, injustice continues even into the Twenty-First Century. Will it ever stop? Should the possessory title Act (Act 38 of 2004) be nullified because of the tremendous negative impact that private landowners have endured? The question has revisited us again, “Is this land your land?”

The application process begins with a surveyed plan of the land that must be no older than two years, and must bear the applicant’s name. All landowners whose lands border the property in question must be adequately informed; hence, a bailiff must be employed for this purpose. Following that is the affidavits of service that must be filed on time showing total compliance. Two postings of the application must be done on a newspaper over a three-months period. Then followed by the inevitable (the court hearing), which should bring closure in a short time. But if the application is contested, then it can result in a protracted trial. But after the entire process, the court should be able to present the possessory title to the worthy person.

In most cases, is the application process followed as required by the law of the land? The answer is a resounding no! The landowners whose lands border the properties are never informed until they realized that they have new neighbors. At such time, it might be just too late, for someone, somewhere has lost his or her property.

It is horrendous for landowners to accept the idea that regardless of where they reside (North America, Europe, etc.); the burden of responsibility still lies with them to ensure that their properties are not listed in local newspapers and are later taken over by unscrupulous predators.

It is because of the might of Exodus Factor (Union Island Then & Now) why there is a mass emigration of the younger generation. They have left Union Island to seek education advancement and employment abroad. As a result, lands and properties remained under the stewardship of their parents and relatives. Unfortunately, when their parents and relatives die, many properties are left abandoned for several years. Regrettably, this has allowed many opportunistic land predators and thieves to relieve lands from those who should rightfully inherit them. It is the opinion of many that a legislative enactment must be made into law so as to preclude this unethical practice, or bring it to a screeching halt.

With the above being said, it is paramount that some landlords (mainly civil servants, lawyers and politicians) be legally questioned as to how and when they attained the lands that they now hold deeds to. Surely, many of them will be unable to establish any form of family ties to those lands, proof of purchase, or verification that such lands have been bequeathed to them.

It is important to note that this dastardly act of pilfering private lands in Union Island remains a public crime and not simply a private wrong. Stealing private property is a felony that should be punishable by a considerable amount of time spent behind bars. This might be one legitimate mean to avert the machination of land thieves in Union Island.