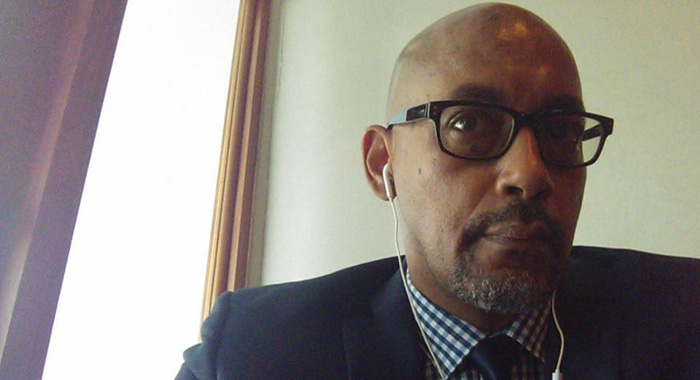 Herbert A. Samuel it the ANSA Caribbean Awards for Excellence first ever Laureate in Entrepreneurship.

Vincentian Herbert A. Samuel has been announced as the Anthony N Sabga Caribbean Awards for Excellence’s first ever Laureate in Entrepreneurship.

He is among four persons to receive the Caribbean Awards for Excellence this year.

The goal of the ANSA Caribbean Awards for Excellence is to recognise significant Caribbean achievement, to encourage and to support the pursuit of excellence by Caribbean persons, for the benefit of the region, the organisation says on its website.

The award is privately funded, free of political and other influence, and offers tangible, significant benefit to the Laureates. It is the most noteworthy philanthropic initiative by a Caribbean organisation in recent times, the website said.

Each Laureate will receive:

Samuel is being recognised for his work at Welectricity Inc., a business that is developing and marketing innovative solutions to reduce domestic energy consumption.

Welectricity’s main product is the Welectricity web app (available at www.welectricity.com), which allows households to track, compare and reduce their electricity consumption, without the need for any additional measurement devices in the home.

The innovative insight that created Welectricity was the recognition that a large part of the energy consumption problem is based on behavioural factors and therefore would not necessarily be solved by traditional, technology-focused approaches.

The Welectricity app incorporates three powerful, contemporary trends: the growing recognition of the importance of energy efficiency, coupled with the rise of social networking and the advent of gamification, a new business idea that refers to the incorporation of game mechanics (elements of traditional computer game-play) into products and services, to engage and motivate people to do real-world things — like saving more money (instead of splurging on the latest smartphone), or exercising more, or adopting and following energy-saving behaviours.

The Welectricity app was conceived in 2009 and, funded by an IDEAS Energy Innovation award from GVEP International and GiZ, was built and launched in 2010.

It has subsequently attracted international attention, has received new global innovation awards and now has registered users from 111 countries.

In 2010 the UK-based WWF, the world’s largest independent conservation organization, named Welectricity as a Green game-changer; GE awarded it Best Idea for the Millennial in its 2010 ecomagination smart grid challenge and in 2011 it was judged Best New Sustainability Innovation in the [email protected]/Wipro Innovation Tournament at the Wharton School at the University of Pennsylvania.

Samuel is a 1982 University of the West Indies industrial engineering graduate who lives in St Vincent and the Grenadines.

He has been involved in the energy sector for the past three decades and has been an independent sustainable energy consultant since 2007.

In the early 1980s, he was St Vincent and the Grenadines’ first energy officer at the Ministry of Finance and Planning; he has worked with the St Vincent Electricity Services Ltd. (VINLEC) as an engineer and project manager; with Caribbean engineering consulting firm CEP Ltd and with the Caribbean Electric Utility Services Corporation (CARILEC).

In his present role as a consultant, he works with regional and international clients including the CARICOM Renewable Energy Development Programme (CREDP-GIZ) and the World Bank, where he is a member of a team building out a global network of innovation centres that empower entrepreneurs to build businesses tackling energy and climate-related problems.

5 replies on “Vincentian wins Caribbean Awards for Excellence in Entrepreneurship”