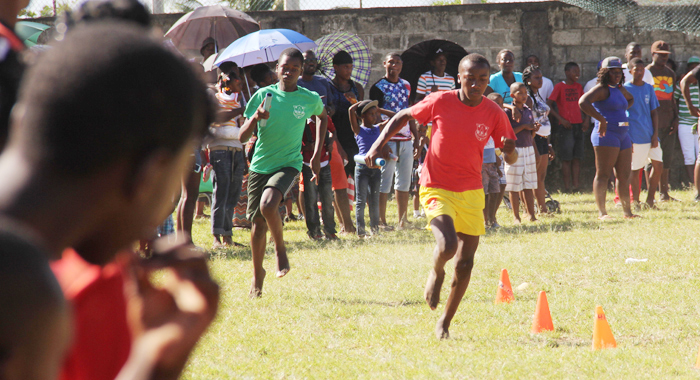 Orange House took the female champ title in the intermediate division, when Blessie Richardson tallied 30 points. She shared the title with her male counterpart, Red House’s Clibert Nash, who had 30 points.

Red House also took the Victor Ludorum and Victrix Ludorum titles, in the persons of Jamal Young and Aaliyah Anderson.

This brawl was among at least three that broke out in Keartons, Barrouallie, where the Central Leeward Secondary School had its sports meet on Thursday, Feb. 5, 2015. The fracas is said to have included a physical confrontation involving a police officer and a civilian, reportedly over a traffic incident.In a separate brawl, a child is said to have been left with a bloody face as other persons exchanged blows. While some spectators and students left the meet to look on at the confrontation, it did not in any significant way affect the sports meet.Nonetheless, this is not quite the example we should be setting for the nation’s young and impressionable minds…