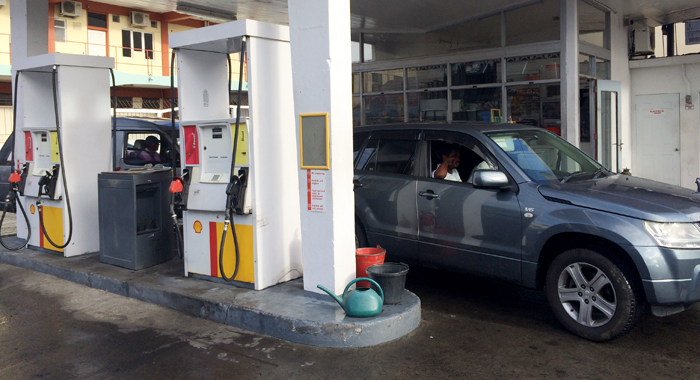 Don’t buy fuel until Monday if you can avoid it.

Prime Minister Ralph Gonsalves has announced reductions in fuel prices, including the first reduction in “cooking gas” since 2011.

Speaking on his radio programme Thursday night, Gonsalves said that as of Monday, the price per gallon of gasoline will move to EC$11.47, down from EC$12.72, a reduction of EC$1.25.

This represents the fifth reduction since October 2014, when the price was EC$15.28 per gallon.

The low-sulphur diesel is more expensive because it is imported from outside the region and, therefore, attracts a higher tariff.

The reduction in the prices comes amidst complaints from consumers on various media about the seemingly low reaction of the government to adjust the prices locally even as the price of oil internationally has fallen by more than half since last June to US$50 per barrel.

The government uses a three-month rolling average and the bonus-malus system to determine the price of fuel locally.

During a Chamber of Industry of Commerce event earlier on Thursday, accountant Brian Glasgow, who gave an overview of the 2015 National Budget, was asked to comment on the implications of the falling oil prices on the Vincentian economy.

“Anything that represents a reduction in the cost of living is certainly welcomed,” Glasgow said at the event at which the accounting firm of KPMG presented an overview the 2015 Budget.

The presentation highlighted aspects of the Budget that are of particular interest to the business community.

“To the extent that energy can be reduced and the cost of production falls, that benefits the consumer and it facilitates expansion of the manufacturing sector,” he said.