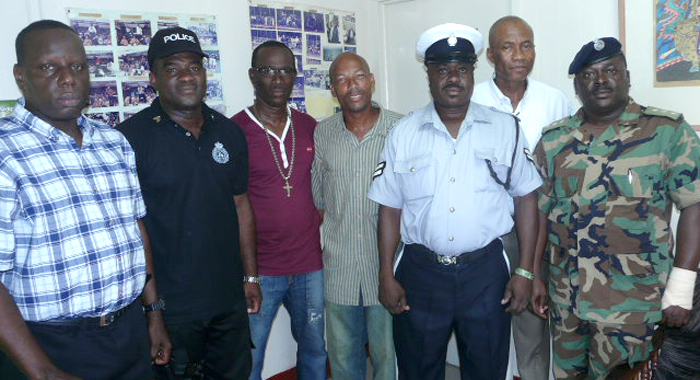 Ten members of the Royal St. Vincent and the Grenadines Police Force celebrated their 23rd anniversary as law enforcement officers on Thursday.

Superintendent Fergus said the group is elated to know that they have served the Police Force and the people of SVG for 23 years.

“It was challenging, but by the grace of God we have persevered,” Fergus said, noting that 10 members of the 38 who graduated in 1992 remain.

“We hope to continue to serve this organisation and the country,” Fergus said, adding that the group would like to thank the Commissioners of Police, from Randolph Toussaint to Michael Charles for the opportunity to have served under their tenure.

One reply on “10 police officers mark 23 years of service”