William Wise jailed. Any Vincentians next? 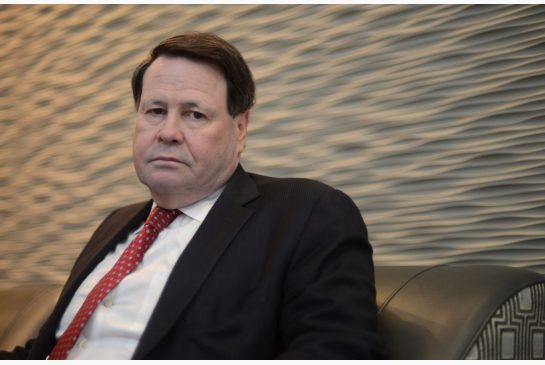 When William Wise got a 22-year prison sentence last week, some local people asked if any Vincentian will join him.

Canadian lawyer, William Wise, 64, a former Cornwall, Ontario, man who once owned an Ontario Hockey League team the “Cornwall Royals” in the 1980s has been sentenced to almost 22 years in prison by a California judge for his part in a Ponzi scheme that defrauded more than 1,200 people out of more than US$75 million.

After three years on the run, William Wise who once operated Millennium Bank in St. Vincent gave up himself to U.S. authorities. Wise was charged with running a Ponzi scheme that bilked investors out of more than US$75 million. He was indicted on 12 counts of mail fraud, three counts of wire fraud, and one count each of money laundering and conspiracy to commit fraud.

Wise was sentenced on Feb. 4, after pleading guilty to the charges in September 2014.

A statement issued by U.S. Justice Department officials said the scheme, which dated to at least 1999, involved the sale of financial instruments know as certificates of deposit (CDs). These were issued by Millennium Bank, United Trust of Switzerland and Sterling Bank and Trust.

Millennium Bank was a bank licensed in St. Vincent and the Grenadines and was represented by Wise to be a wholly-owned subsidiary of United Trust of Switzerland, which was purportedly a cash-rich private financial services company in Switzerland. What investors did not know, United Trust was previously a company that sold cardboard boxes and straw. It was never previously a financial institution that was part of the overall con.

The certificates of deposit were sold primarily out of offices established by some members of a Californian family (yet to be sentenced) and William Wise in Napa, California, and Raleigh, North Carolina, and promised purchasers safe investments with guaranteed rates of return — generally 8 per cent but sometimes over 16 per cent and supposedly based on secret overseas investments.

“In fact, CD purchasers’ funds were never used for overseas investments, instead they were primarily used to enrich Wise and his group, and to make interest payments to earlier CD investors,” a Justice Department statement said.

In his plea bargain agreement, Wise admitted to having caused the sale of more than $129.5 million worth of fraudulent CDs from 2004 to 2009, causing investors to suffer actual losses of more than $75 million.

He spent about $50 million himself, purchasing, among other things, a private plane and a luxury property in St. Vincent and the Grenadines.

In addition to his sentence of 262 months in prison on various counts, U.S. District Court Judge Edward Chen also sentenced Wise to a three-year period of supervised release.

Meanwhile, Chen also scheduled a hearing for April 22 to determine a restitution amount.

Millennium Bank began its operations in St. Vincent in 2000. Prime Minister of St. Vincent and the Grenadines Ralph E. Gonsalves said he revoked the bank’s license in 2003 because of “low capitalisation and reckless management that left it unable to meet its obligations“.

“The bank appealed the decision and was reinstated because the government’s auditor handling the bank had not been formally qualified. The bank’s license was restored in 2004 although it remained in controllership“, which did not stop the huge fraud against unwary investors, investors who had gained some comfort from what they read on the banks Internet website.

In 2003 two letters of introduction written to the bank were expensively fancy framed and hung in the client public area of the bank. The letters in addition carried coloured photos of the authors — prominent government and state officials — and their grand signatures. They were also posted and featured prominently on the Millennium Bank website […], praising the bank and the SVG Offshore Banking System.

Their praises and statements, reading like recommendations, may well have given existing and proposed investors the extra comfort required to convince them to use and trust the services offered by Millennium Bank. Those very actions by these two officials they may well have been contributory to some of the investors losses, particularly those who were comforted and convinced by what they read.

[…] The names of these officials were blatantly used by Millennium to attract investors, and there is no known evidence that they ever objected to this commercial display of their names.

The Wise residence was frequented and visited by popular Vincentian politicians, described like flies around a honeypot.

A senior official from a local accounting firm with international connections was a frequent visitor during the last two years of Wise’s residence in St. Vincent. It is said that he was helping and advising Wise on how to keep the balls in the air, and trying to avoid the final crash. This CEO was not there on behalf of his firm, he was there on a freelance basis because Wise sought him out to aid him ahead of his final demise.

4 replies on “William Wise jailed. Any Vincentians next?”