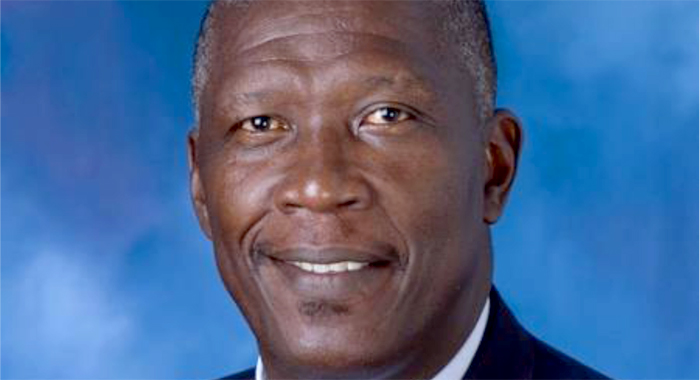 Joel Big Bird Garner is bidding for the presidency of the West indies Cricket Board.

Former captain, Clive Lloyd was unsuccessful in his bid to claim the top position when he failed to get a seconder for his nomination in 2013.

As part of the AGM, elections will be held for the positions of president and vice-president of the WICB.

Nanthan is being challenged by Baldath Mahabir for the vice-presidency this time.

Another fast bowling great, Andy Roberts, believes the decision by Garner to challenge Cameron is the right one and his views are echoed by his former new ball partner, Michael Holding, who believes that if things are to improve there must be a change at the top.

Indications are that Cameron seems well placed to win 8-4 with two votes from Leewards, Windwards, Jamaica and Guyana with Garner collecting two votes from his native Barbados and Trinidad. However, some are pointing to the last elections in which Cameron defeated Julian Hunte 7-5. Prior to the elections, it appeared that Hunte, who was seeking a third two-year term, would win comfortably over Cameron. But a few late defections by shareholders who hitherto had pledged their support to Hunte saw Cameron, Hunte’s vice-president of six years, edging him out.

Garner has set out to give it his best shot and shows his serious intent with the release of his manifesto this week.

“The Territorial Boards are key resources in West Indies Cricket. As such, we must work with these Boards and all our stakeholders, including WIPA and the players, corporate organizations and CARICOM, among others, to create effective partnerships in order to build a strong, unified, accountable and well-governed organization capable of bringing West Indies Cricket, on and off the field, to a position where we are once again a respected force in world cricket. The WICB will be respected as a high quality cricket playing entity, both men and women, and respected as a business organization, capable of efficient planning and implementation, to keep pace with the dynamism of the modern business environment within the sport.”

The areas outlined are cricket development and performance; governance; finances; administration and management, along with the priority action to be taken.

In less than a week, Cameron, a businessman, and Garner, the giant former West Indies fast bowler, face each other in one of the most talked about races for the presidency of the West Indies Cricket Board.

Veteran commentator and sportswriter Tony Cozier, writing on ESPN CRICINFO, sets the scene heading into the elections: “Habitual insularity and politicking have marked the divisive support of the six voting affiliates between current WICB president Dave Cameron, the 44-year-old financier from Jamaica who is seeking a second two-year term, and his only challenger, Joel Garner, the giant fast bowler of the great team of the 1980s, now president of the Barbados Cricket Association,” Cozier said.

Of Cameron’s presidency, Cozier commented: “In Cameron’s two years as ultimate boss of West Indies cricket, its standard, reputation and financial status has plummeted further to unthinkable depths. The team remains rooted to No. 8 in the ICC’s rankings in both Tests and ODIs. The long-serving coach Ottis Gibson was dismissed by Cameron last August and is yet to be replaced. Above all, the WICB is still mired in the most financially damaging crisis it has ever confronted.

“Already virtually bankrupt, it continues to face a claim from the BCCI for US$42 million compensation for the team’s early withdrawal from the scheduled tour last October, for which the Indian board holds the WICB responsible.”