When a newspaper endorses ‘beating up on the messenger’ 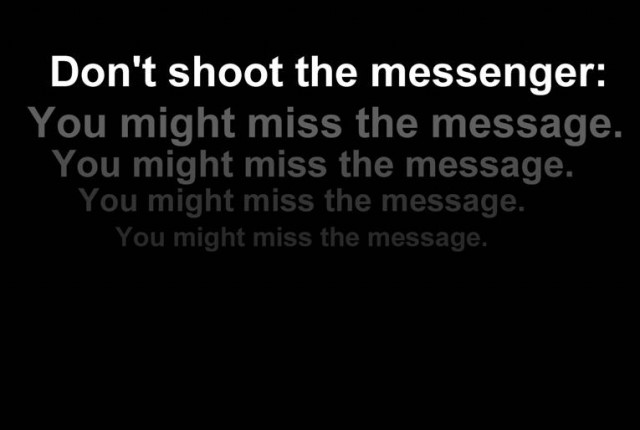 I was deeply disappointed by the response of Searchlight newspaper in its editorial of Feb. 20, 2015 to the result of the latest newspaper readership survey conducted by Systematic Marketing & Research Services Inc. in December 2014.

Searchlight, which did not lead in any of the income categories, said the survey did not take online readership into account and claimed that the poll “missed the mark by a mile”.

The results of the survey, as reported by The News, (the only newspaper to date to write a news story about the results) show that The News continues to be the most widely read newspaper in St. Vincent and the Grenadines, among all income categories.

Surely, poor performance in a media survey can be demoralising for a media house. This is especially so, as in the case of Searchlight, when, for a second consecutive survey, the drop in readership approaches double digits. The demoralising effect can be particular when another publication outpolls yours in the upper income category — the grouping that supposedly has the highest disposable income, the group that advertisers might want to target, and which had hitherto remained faithful to your publication.

Searchlight’s response to the results of the survey was a petty and distasteful attempt to drag in extraneous variables, even though they supposedly endorsed the survey by agreeing to pay for its results.

Worse still, Searchlight’s editorial dealt a damaging blow to journalism when it suggested that when it is convenient, beating up on the messenger is absolutely justified.

One would learn in journalism/media 101 that, among many other things, the media is a scapegoat, a convenient punching bag, especially for a political directorate, and the various elite factions. While we, journalists, tolerate this situation – often with equanimity – in no circumstance should we endorse it as acceptable.

It would be interesting to find out why readers, including those in the upper income category, who are generally expected to be more educated, have consistently chosen a newspaper characterised by “false and misleading headline[s]” over “journalism you can trust”.

Full disclosure: My career in journalism began when, in 2002, I enrolled for a five-week “Introduction to Basic Journalism” course organised by Interactive Media Ltd., owners of Searchlight with sponsorship from overseas. In 2011, I applied for a position at Searchlight newspaper but forfeited the post offered, deciding instead to further my studies. In 2012, having completed my course of study, I again applied for a post at Searchlight and was offered the position of Assistant Editor and editor of Searchlight Midweek. I was fired in February 2013, after six months on the job. No reason was given for my dismissal and I was compensated in lieu of notice. Since then, I have been managing what is widely regarded as SVG most widely read online news entity and have become a correspondent for an international news agency.