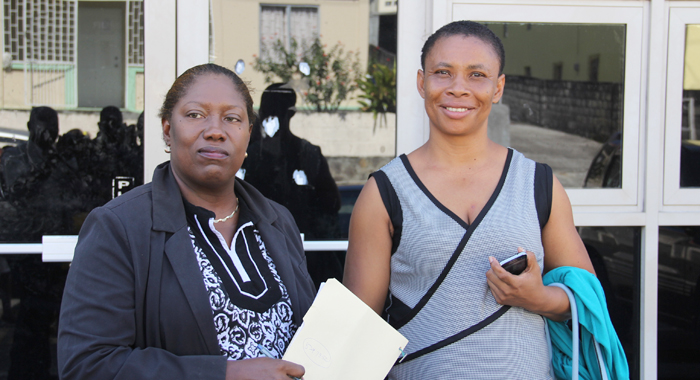 Embattled school teacher Jozette Bibby-Bowen will have to wait until April 17 for her trial on two “obscene writing” charges in relation to posts she allegedly made on social networking website Facebook.

At Tuesday’s hearing, the prosecution applied for and obtained an adjournment for one month, indicating that they are not ready to proceed.

The court, however, ordered disclosure by March 31.

Lawyer Nicole Sylvester, who is a member of Bibby-Bowen’s legal team, told I-Witness News after the court appearance that the prosecution is yet to issue the disclosure documents to the defence.

“A request was made in relation to the document. The Commissioner of Police wrote saying that as soon as the documents become available we will have a copy. So, to date, we don’t have the documents either,” she said.

Sylvester accused the authorities of charging her client without having any evidence against her.

“They have absolutely no evidence; have charged her without evidence,” she said.

But Sylvester suggested that the prosecution might not be ready when the case is called again on April 17.

She said that the defence has learnt that “a critical witness” is getting married on April 6 and may not be available on the next court date.

“So this is very much a delaying tactic just to bring her (Bibby-Bowen) further into pressure. That’s what we are now being told. So, we want to see, because they cannot come to court and raise that, cause they had full knowledge that someone who they think they will rely on is getting married on the sixth of April and going away on a honeymoon,” she said.

Bibby-Bowen teaches Forms 2 to 5 the subjects of information technology, electronic document preparation and management and accounting at Bishop’s College in Kingstown.

On March 5, three days after being charged, she was suspended from duties on half pay.

She was also restricted from leaving St. Vincent and the Grenadines without the permission of the Public Service Commission.

Bibby-Bowen has pleaded not guilty to the charges.