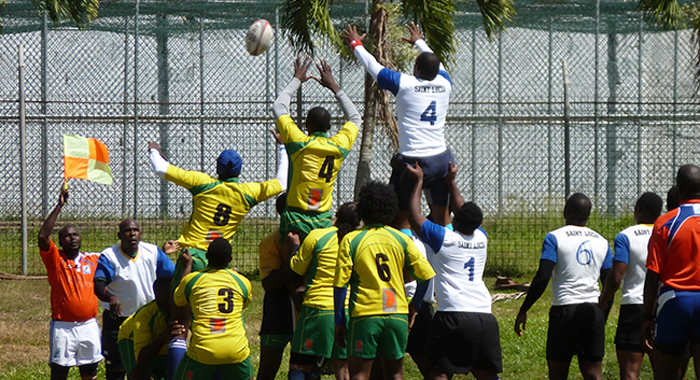 It is an exciting time for rugby in St. Vincent and the Grenadines as the senior men’s team return from St. Lucia triumphant, in their second match of the NACRA 15-a-side Championships. After receiving a draw against group favorites, Curacao just two weeks before, the team doubled up on St. Lucia 16-8.

St. Vincent took an early 10-0 lead thanks to outside centre Anzio Lewis, with penalties added from scrum-half George Kruger at 40 minutes and second row Kimran Barnum closing the door at 80 minutes with a kick to make the final 16-8 scoreline.

St. Lucia did not hit the scoreboard until the 67th minute when fly-half Colvis Samuels scored a try.

St. Vincent sit atop the South Zone Cup League with a 1-1 record and 4 points courtesy of a pair of bonus points in their two matches.

St. Vincent look forward to welcoming the British Virgin Islands on April 18 for the final match of the group. The match will take place at the Arnos Vale Complex, inside the stadium. Kick-off 2 p.m.