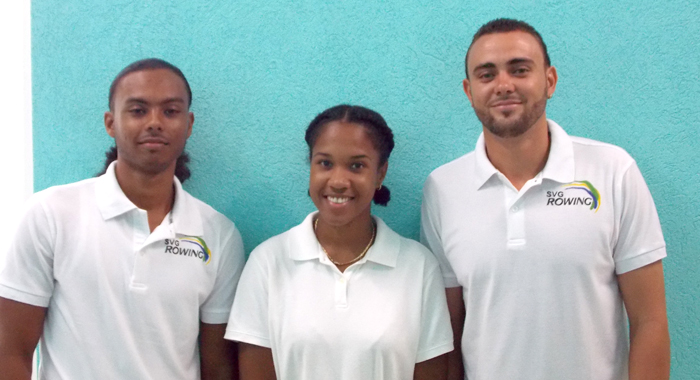 A four-member team from the St. Vincent and the Grenadines (SVG) will attend an eight-day rowing camp in El Salvador as the SVG Rowing Association begins its quest to put SVG on the rowing map.

The team, composed of rowers Shaquille Branker, Kevin Gibson, Darron Shallow, and coach, Jason Gibson, will attend the camp in San Salvador which will include rowers from across Latin America and sponsored by the International Rowing Federation (FISA).

The team, whose trip was made possible through the corporate sponsorship of INVEST SVG and The Mustique Company, departed St. Vincent on Thursday for the camp, which will see them receiving training in different rowing techniques and drills as well as competition conditions as they prepare for their first rowing competitions in the summer of this year.

“The team has made significant strides for their short time in the sport and this exposure at the international level will help the sport grow by leaps and bounds. We are also grateful for the support of INVEST SVG and The Mustique Company in making this trip possible,” said Raffique Browne, technical director of the SVG Rowing Federation.

The team will return to SVG on April 6.

SVG Rowing is the governing body for the sport of Rowing in SVG. It was established in 2014 and is headquartered at their training base in Layou.