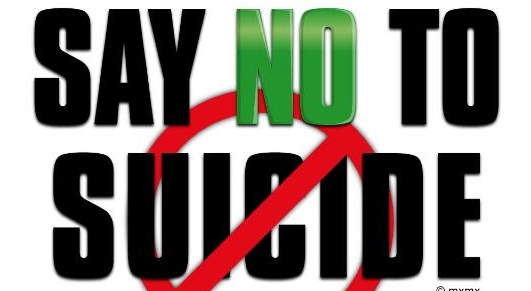 Healthcare professionals at Milton Cato Memorial Hospital (MCMH) are battling to save the life of a teenage female student who consumed a poisonous substance, the second such case in weeks.

The student is said to be from a community on the Windward (eastern) side of St. Vincent, but the circumstances surrounding her ingestion of the poisonous substance are still not clear.

A well-placed source told I-Witness News that the student is among at least four persons who are being nursed at MCMH, “having consumed one substance or the other”.

I-Witness News understands that two other females and one male, none of whom are teenagers, are being nursed for similar reasons.

The development comes even as Sandra Williams of Richland Park struggles to understand why her 13-year-old daughter drank a herbicide which claimed her life.

The girl, who consumed the poisonous substance on March 30 died in hospital on April 11.

She did not tell her mother why she consumed the poison, but asked for her mother’s forgiveness before she died.

After her death on Tuesday, counsellors from the Ministry of Education were deployed to Emmanuel High School Mesopotamia, which the student attended.

Professionals have noted that while some people may think that suicide is the answer to their problems, it should never be an option.

They have noted that things change over time regardless of your situation; there are always other options; one can never predict the future in that even if the thing that you are afraid of does happen, there are circumstances and factors that you can’t predict which can be used to your advantage.

HELPGUIDE.org says that any suicidal talk or behaviour should be taken seriously since it’s not just a warning sign that the person is thinking about suicide but is a cry for help.

While a suicidal person may not ask for help that doesn’t mean that help isn’t wanted, the resource says.

“Most people who commit suicide don’t want to die—they just want to stop hurting,” the online resource said, adding that suicide prevention starts with recognizing the warning signs and taking them seriously.

“If you think a friend or family member is considering suicide, you might be afraid to bring up the subject. But talking openly about suicidal thoughts and feelings can save a life. Speak up if you’re concerned and seek professional help immediately! Through understanding, reassurance, and support, you can help your loved one overcome thoughts of suicide.”

While many suicidal persons might not exhibit any change in behaviour, the American Psychological Association said that you should be concerned if someone you know:

If you suspect that someone is contemplating suicide, you can contact a religious leader, social worker, counsellor or officials at the government’s Social Welfare Department.

Talking to a friend or family member about their suicidal thoughts and feelings can be extremely difficult for anyone. But if you’re unsure whether someone is suicidal, the best way to find out is to ask. You can’t make a person suicidal by showing that you care. In fact, giving a suicidal person the opportunity to express his or her feelings can provide relief from loneliness and pent-up negative feelings, and may prevent a suicide attempt.

Ways to start a conversation about suicide:

Questions you can ask:

What you can say that helps:

When you want to give up, tell yourself you will hold off for just one more day, hour, minute — whatever you can manage.