Is Jomo a jumbie? 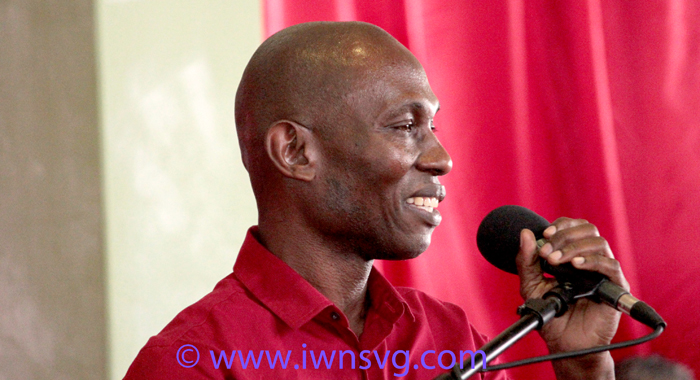 I have always had a little respect for Jomo the man. But now I consider him Jomo the Jumbie, I have no respect whatsoever for “it”.

No, using “it” is not a mistake; it’s a purposeful use of the English language. How can an educated man utter such nonsense? Well, such a man couldn’t, but certainly a jumbie could.

Jomo Jumbie (JJ) spoke a whole lot of rubbish on radio on the weekend when he tried to deny the figures of SVG’s rape record. He has decided that he is right and the United Nations is wrong — the UN have submitted false and misleading figures to the world regarding rape in SVG. After Mr. Eustace rang in to protest what JJ said, like all jumbies, JJ disappeared into thin air and callers were told that he had stepped out; JJ was well and truly gone.

What on earth is JJ trying to do? Why is “it” talking such rubbish? It’s simple really. “It” thinks “it” can talk and we will listen and agree with what “it” says. So all the old Marxist style ULP formulated mumbo jumbo goes into top gear in an attempt to make wrong right.

It’s a reminder of years long past when the Jumbie party, the MNU, tried to brainwash Vincentian people with all sorts of communist crap. Gonsalves and others spoke in town to huge crowds of up to 20 people. The old people had them well and truly spotted, they knew what was being presented to them as fact was fiction and little more than crap.

“Its” constituency election motto is “Run with Jomo, Win with Jomo”. Well, if you can’t stand the heat from a radio programme, we can understand the run part. But shouldn’t the motto be “Run with Jumbie, disappear like Jumbie”.

JJ, I suggest you tell all the women who have been raped it was a mistake on the part of the UN, and they were not raped at all.

The people of South Leeward do not need a nanny lecture from a Jumbie about their health. They have been dealt so much spite and malice and hatred from the ULP that is where you should start, start by apologising to the constituents, not trying to convince them none of the crap happened.

Then go and see your boss and tell him about diet and running, then put him straight about how to treat others, as well as he would expect himself to be treated.

Tell the people about how the country has been bankrupted by the ULP; how the government took employees’ NIS money and used it elsewhere, and when caught out they had to borrow from the NIS to replace the money they diverted from the NIS.

Tell the people in South Leeward about the US$1 million which was hawked around Kingstown whilst they suffered hardship. Children are going hungry and no drugs or medicines in the clinics or hospital.

Tell them about the out of control corruption under this Marxist-led government, a government that you are now part of.

Tell them about the disappearance of people like Mr. Joslyn and the assassination of people like Glen Jackson. Explain how the ULP is dealing with catching the perpetrators.

Tell the people the truth; they are sick to death of all the lies they have been fed for the last fourteen years.

As for you thinking that being a “political scientist, lawyer” is a quality that we are seeking in a candidate, you are wrong, it’s the same qualities in your superior boss, that should be good reason to preclude you from running anywhere in SVG on that ticket.

Remember when you said, “The Unity Labour Party is a party that has an outstanding record and we want to continue that record”. Well let me tell you that not just South Leeward constituency believes, but most of the country now believes the ULP has been a dismal failure and they have done nothing for the farmers except bring them and their family’s ruination through spiteful retribution. All the hardship they have experienced over the years can be directly attributed to the ULP, who chose to punish instead of love the people of South Leeward, all because they never voted ULP. Explain to them why all the hatred, spite and malice were heaped on them over the years.

Well JJ, now coming with all the old talk, that really doesn’t wash, you coming now and promising love and help is a worthless promise, because it’s little more than mumbie’o-jumbie’o, the promises of a Jumbie.

Even your method of selection is enough for any existing ULP supporters to dump you at the next election. They did not want you then, they do not want you now, and certainly will not want you in the future. You see a real man would not have allowed himself to be hoisted on the people the way you did, but I suppose a Jumbie couldn’t care less.