Investigation launched into the shooting death of Campden Park resident 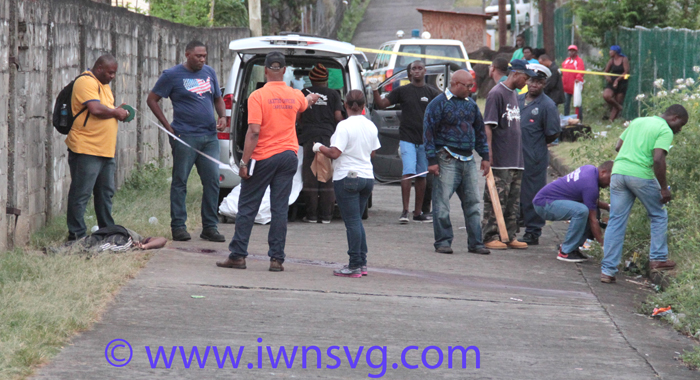 The police have launched an investigation into the death of Aljay Douglas, a 25-year-old labourer of Campden Park, who died on Friday after receiving two bullets at an event dubbed, “Water, Soca and Alcohol”, held at the Campden Park Playing Field.

Preliminary investigation show that Douglas was posted as a doorman at the event when he was approached by a hooded male, who shot him in the stomach and face approximately 2:10 a.m. The assailant reportedly relieved Douglas of a purse containing gate money before he left the scene.

Douglas, who originated from Chateaubelair, and goes by the monikers “Chris Brown”, “Chadric” and “Militant”, died on the spot.

Douglas’ death is recorded as the fifth homicide for the year.

Anyone with information relating to Douglas’ murder is asked to call the Officer in Charge of the Criminal Investigations Department at telephone number 456-1810 or the nearest police station.